Not a year has passed since the world was shocked at the tragic news of Zaha Hadid’s death who is one of its most prominent architects. The Iraqi-born British architect is arguably the highest accomplished female in the profession. Also, there are unpredictable facts you never knew about Zaha Hadid. With more than 950 buildings in 44 countries and an extended list of prestigious awards, she has firmly proved her statement that “architecture is no longer a man’s world.” Zaha’s long and winding road to success starts with “a fabulous childhood” and passes by 5 milestones of ups and downs which have shaped her future as we know it.

READ MORE:
What Were Zaha Hadid’s Most Favorite Music Tracks?

“Architecture is no longer a man’s world. This idea that women can’t think three dimensionally is ridiculous.” 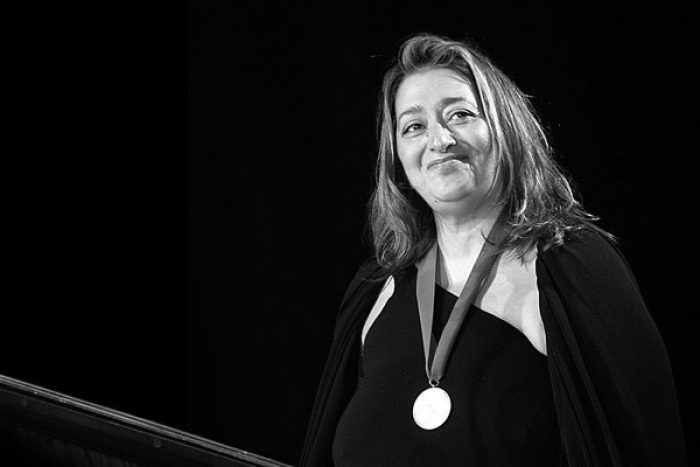 Courtesy of The Hyatt Foundation.

Hadid was born in the early 50s and lived her childhood during the brief golden years of modern-time Iraq. The ruling government back then decided to put the increased national share of Petroleum money to use by bringing on pioneers of modern architecture, like Frank Lloyd Wright, Le Corbusier, Oscar Niemeyer, and Walter Gropius, to modernize the city of Baghdad, issuing a hopeful atmosphere. There were, also, Zaha’s liberal parents who have encouraged her curiosity and brought her up to be independent. All of which contributed to her strong and confident personality, showing its first sign by the age of 11 when she decided that she wanted to be an architect.

Milestone #1: Making the Decision – Architecture it is

What did Zaha Hadid study?

Zaha Hadid could have been the first Iraqi astronaut, or that is what her brother used to say. However, her passion for architecture never faltered, and her mother supported it by letting her do the interior design for the guest room and her own bedroom. So, as soon as she graduated from the Department of Mathematics at the American University in Beirut, she headed to London and joined the Association of Architecture (AA). 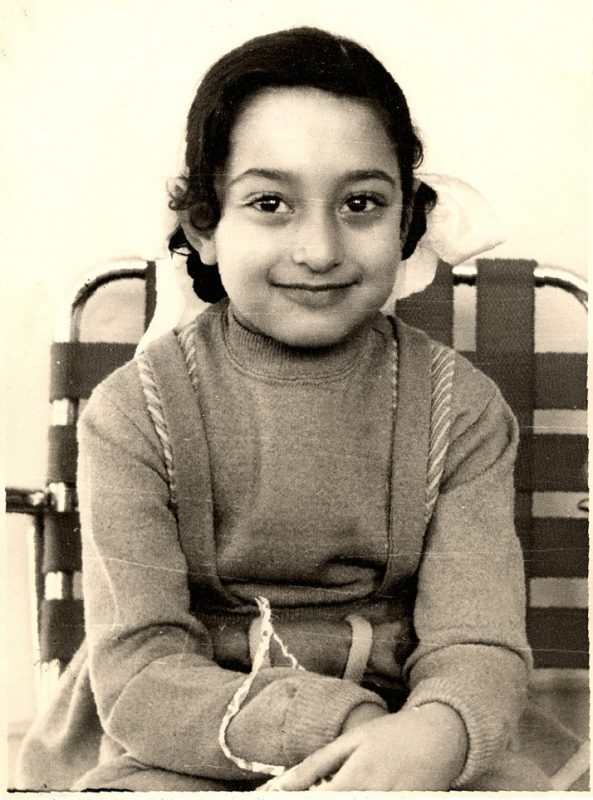 “I had a fabulous childhood…” Zaha described her life in Iraq when it was in 1950’s in its peak.

After three years of weariness from studying the stable architectural movements of the time, Zaha decided to, finally, make a difference in her fourth year. She decided to break the prevalent stability by introducing a style which she described as follows: “It was very anti-design. It was almost a movement of anti-architecture.” It was influenced by Suprematism, a Russian art movement, founded by Kazimir Malevich, which employs basic geometric shapes in a limited range of colors. That influence was clear in her graduation project, in 1977, when she fragmented and abstracted one of Malevich’s works then reshaped it into a new form. Zaha’s remarkable talent, commended by her teachers, Rem Koolhaas and Elia Zenghelis, was immediately put to use after her graduation. She was appointed as an assistant lecturer in the AA and made a partner in OMA, with her teachers, before launching her own studio in 1979. 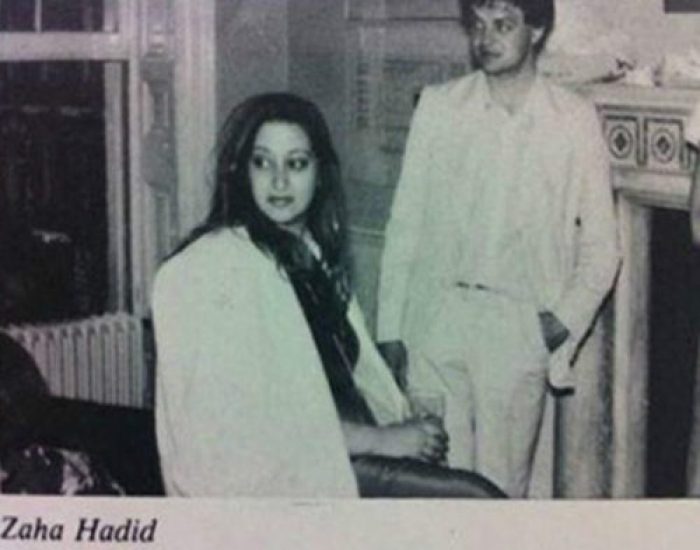 Zaha’s life after graduation was a series of hard work, teaching by day and working by night. The hard work seemed to pay off in 1982 when she won the international competition for designing a leisure club in Hong Kong. Zaha’s distinct Suprematist style of presentation grabbed the attention of the jurors and gained her an unexpected victory. This milestone was one big up in Zaha’s career; it changed everything, just like Elia Zenghelis has said: “The Peak was the peak and still remains a peak.” It placed her on the map and made her studio the destination for many aspiring architecture students, including Patrick Schumacher, her future Studio partner. For all that, Zaha’s winning proposal was never executed; that and many others that followed which were criticized for being ambiguous. She got labeled as a “Paper Architect.” 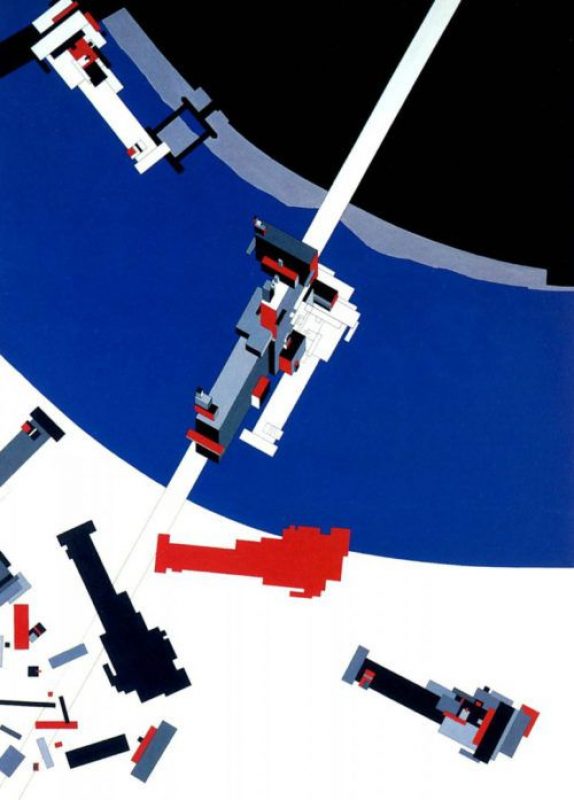 Finally, after many attempts at making it into the 3-dimensional realm, Zaha won the competition to design Vitra Fire Station in 1990. The design, titled “Movement Frozen,” featured a pure concrete block with angular edges that seem to be stretched to a focal point. The unique form gave a new meaning to the use of concrete. According to the architectural photographer Hélène Binet: “She has created an incredible signature. Concrete became something else, I think, after her.”

That was the light before the darkness that came with the Cardiff Bay Opera House project. Zaha’s win for the first prize in the competition, in 1994, was a cause of controversy and harsh criticism from those who believed her design to be inapplicable. The negative attitude towards the proposal was incomprehensible to Zaha who thought: “The plaza sections are not the same as a normal building. It is not a square building or a rectangle. That project was easy… Could be easily done.” All the ruckus has deeply depressed her to the extent that she, actually, decided to quit architecture. 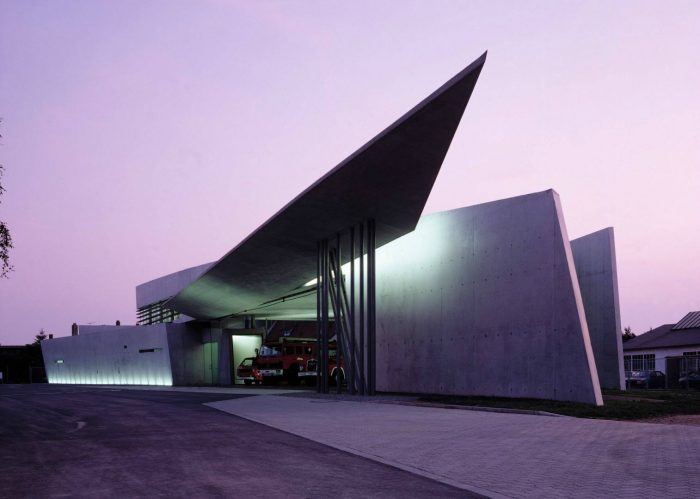 Luckily for Zaha and the world, Patrick Schumacher was a great motivator and supporter. He helped bring her back to her feet and snatch Zaha Hadid Architects from the recession caused by the Cardiff “Curse,” to start their golden age with the new millennium.

The 2000s have witnessed many of Zaha Hadid’s designs coming to life finally, thanks to the developed technologies which have rendered them possible. Her designs became international landmarks, widely celebrated and admired by both, the architectural community and the public. 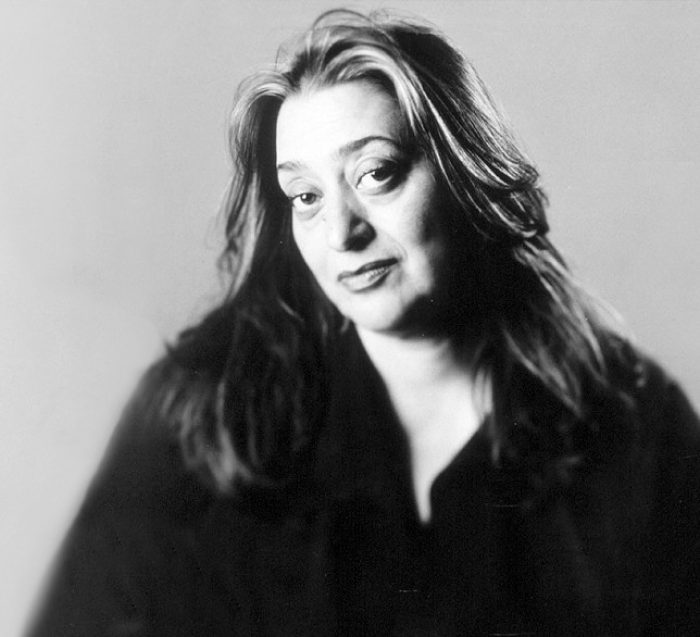 Courtesy of The Hyatt Foundation.

What is Zaha Hadid known for?

In 2004, she was awarded the Pritzker Prize, the field’s most prestigious award, to be the first female ever to achieve such an honor. Then in 2012, she became Dame Zaha Hadid, after getting appointed as Dame Commander of the Order of the British Empire (DME) which is the considered the “Most Excellent Order of the British Empire.” Her last triumph, before she leaves this world at the age of 65 after a heart attack, was the recognition by the RIBA who granted her the 2016 Royal Gold Medal to be again the first female honored with a highly-esteemed architectural award.

Zaha Hadid has carved her name deep in history with her outstanding architecture and extraordinary accomplishments. People may not know all the hardships she faced to get her name where it stands now, but they, certainly, know that she is a figure worthy of utmost respect and a sure proof of what women are capable of. 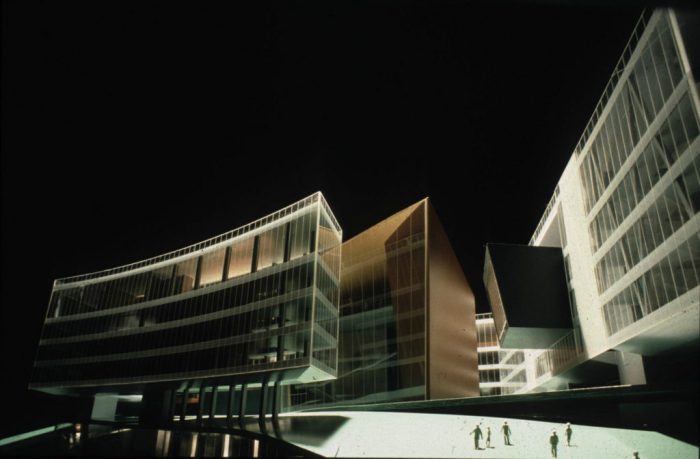 [5] Furman, Andrew. “The Walkability of Architecture: Conceptual Diagrams of Circulation in the work of Zaha Hadid.” Ryerson University, Ontario, Canada.

Ice Bergs In The Middle of Paris