The urban design concept of the UFA Cinema Center confronts the issue of public space, which is currently endangered in European cities. This situation is caused by the financial insolvency of city governments, which forces the sale of public space to developers, who then propose monofunctional buildings in order to maximize capital return.
By disintegrating the monofunctional of these structures and adding urban functions to them, a new urbanity can arise in the city. This character of urbanity would not only be determined by functional differentiation and the creation of new spatial sequences thereby, but also by the injection of media events. 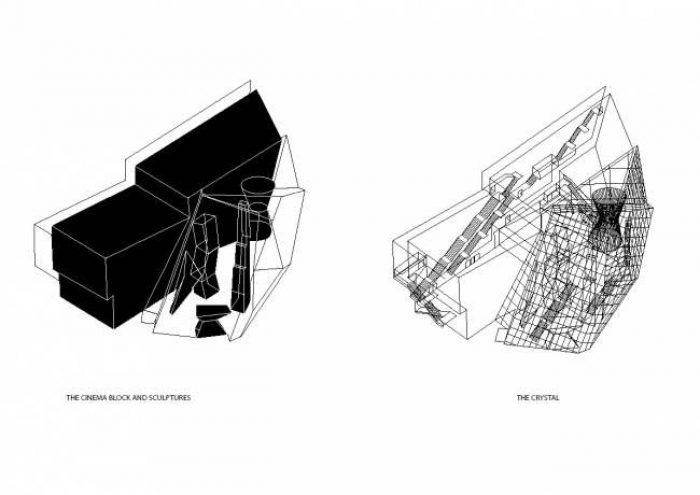 The project for the UFA Cinema Center is a result of the urban design concept developed for the planning competition Pragerstraße Nord. Pragerstraße was defined as a dynamic spatial sequence, defined by tangents and diagonals rather than by axis. The interweaving of public squares, public interiors, and passageways was proposed as a way of energizing and densifying the new center of Dresden. The junctures between these urban vectors are defined as public spaces. 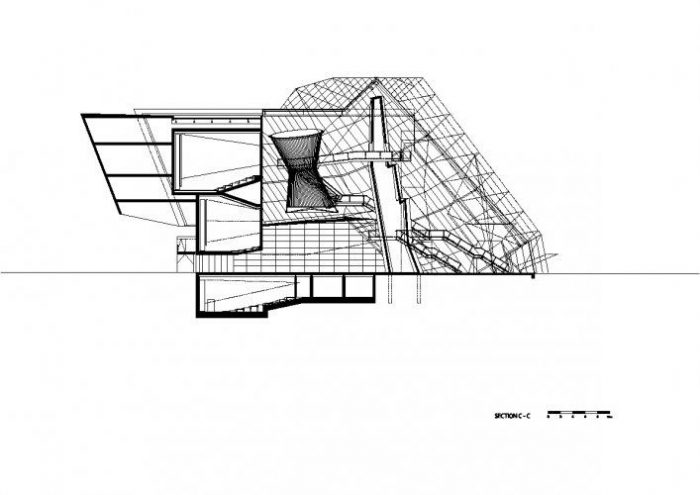 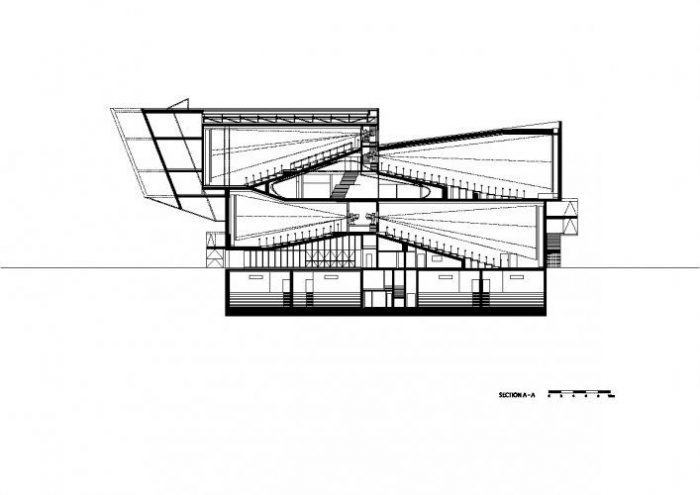 The Crystal is no longer merely a functional entry hall to the cinemas, but an urban passageway.
The bridges, ramps, and stairs to the cinemas are themselves urban expressions. They allow views of the movement of people on a multitude of levels, unfolding the urban space into three dimensions. The lively quality of this space can be described in relation to the dynamic structure of a film. The Skybar, the “floating” double-cone inside the foyer, is accessible and will host different functions (café, bar etc.).
In this way, the content of the building becomes visible to the city as much as the city is visible from the building. It is an inside-out building which sustains a dialogue with the city. The media event – projected from the interior towards the exterior – assists in the creation of urban space. 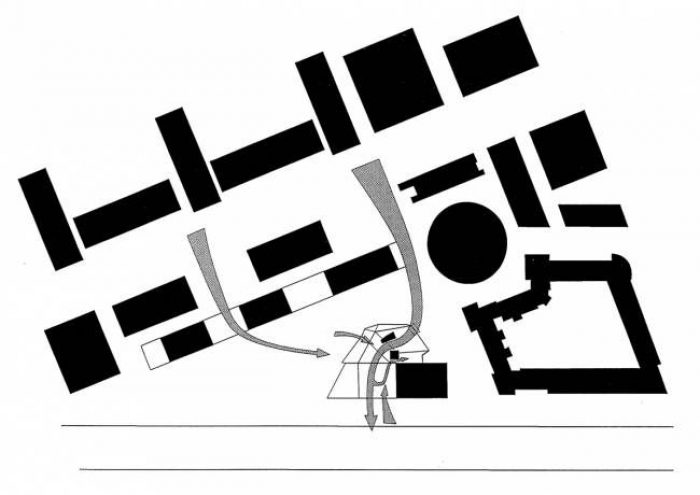