Futuro House designed by Craig Barnes, “I was three years old, on holiday with my family in South Africa,” recalls the 37-year-old Craig Barners. “I remember being fascinated by this incredible, spaceship-like construction that was standing in a garden in a residential street in Port Alfred.

We went back many times over the years, and I would always make a point of going to see the Futuro House. I suppose it’s like any itch. You can’t help but scratch it. The building just intrigued me.” 30 years later, not only that did he buy it, but he had it taken to pieces, packed on a lorry, then on to a ship, and transported back to his home in Herefordshire. The iconic 1968-designed Futuro House has been diligently restored by Craig Barnes. The prefabricated house was designed by Finnish architect Matti Suoronnen in the 1960s and is one of only approximately 60 in existence today. Originating from South Africa, Barnes’ Futuro was dismantled, to be sympathetically returned to its former glory, being placed on the terrace of the Central Saint Martins, a college for art and design in London, to host a year-long series of events to run alongside “The Intelligent Optimist” exhibition. From the uninhabitable condition in which he found it, Barnes’ refurnished the entirety of Futuro to be used as a venue for events, an initiative supported by Professor Jeremy Till, Head of the college, who initiated the “Slivers of the Future” chronicle, which depicts how the college relates to the future. 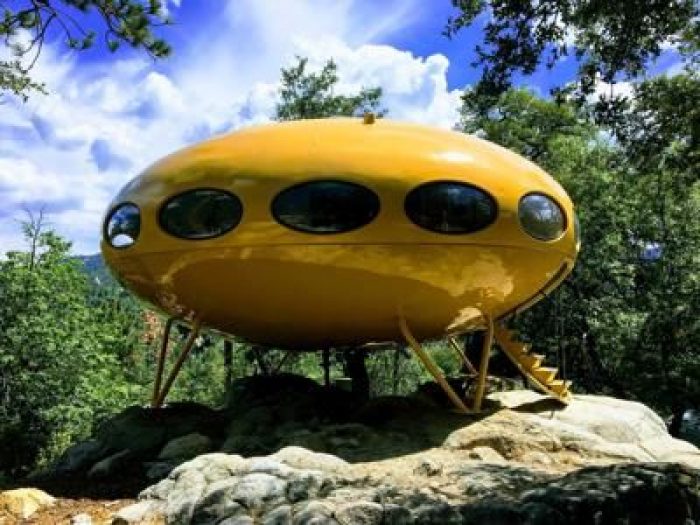