Conjoined Media Towers by REX: Two sister media corporations came together in the form of a set of ultra-thin media towers designed by REX to house their headquarters. Inspired by the Arab Masharabiya pattern these two stone clad building’s façade of arrayed retractable sunshades reference traditional Arab iconography in their efforts to block the Middle East’s “unrelenting sun.” 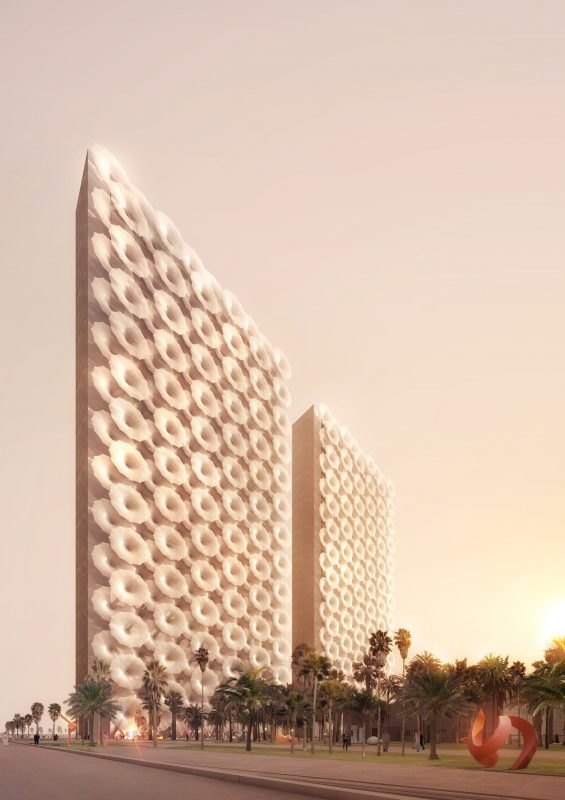 The sunshades are 15 meters in diameter and transform the glass façade of the building. With its blossoming effect, REX describes that “The headquarters’ instantaneous transformation forges a new kind of powerful iconography, one that rejects the tired—and ephemeral—pursuit of being the tallest,” 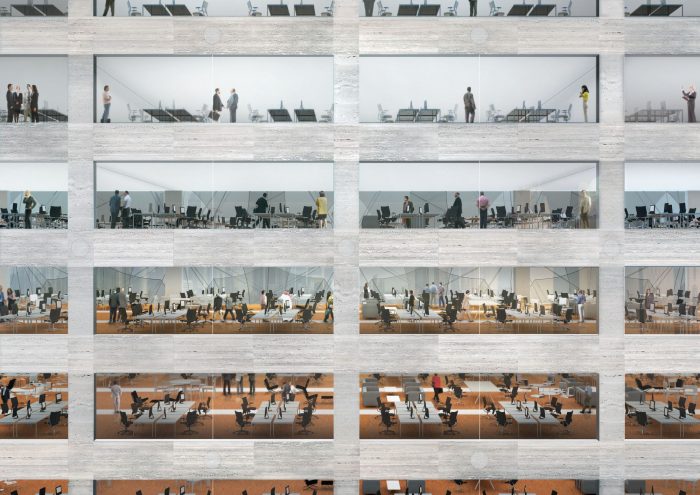 The sectional representation of the media towers shows its dynamism and how it enables the sun to either filter in through the translucent façade, or to be blocked by the “blossoming” effect of the shades. The façade from afar also acts a giant television screen where the companies can display content. 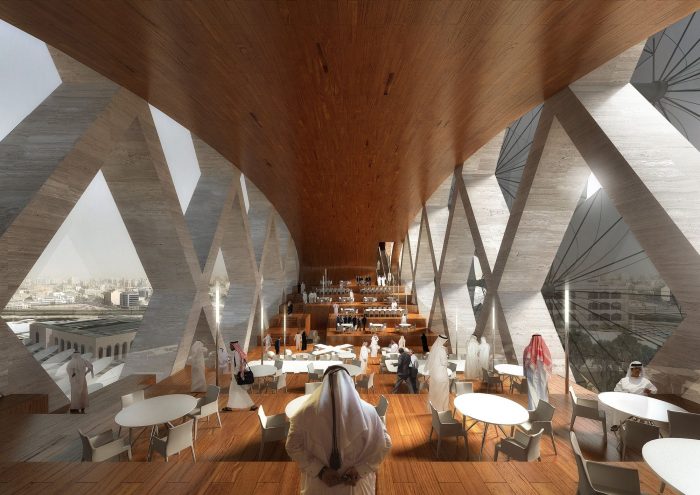 The height of the media towers is also used as a sun screening method for the landscape below. They allow for shade and reduce the heat in the courtyards at the street level. Along with the outdoor spaces, the lower part of the building will host common facilities, including an agora, amphitheater, auditorium, café, canteen, employee lounge, executive lounge, fine dining, gallery, health club, majlis, and theater.