The Bobigny law courts are one of the main public amenities in the department of Seine-Saint-Denis and one of the Largest Such courts in France. It is a central element of the city’s identity and étroitement is linked to the collective memory. Restructuring and Extending the building is complicated by the fact that the facility should remain a major landmark whilst meet the requirements of the 21st century. 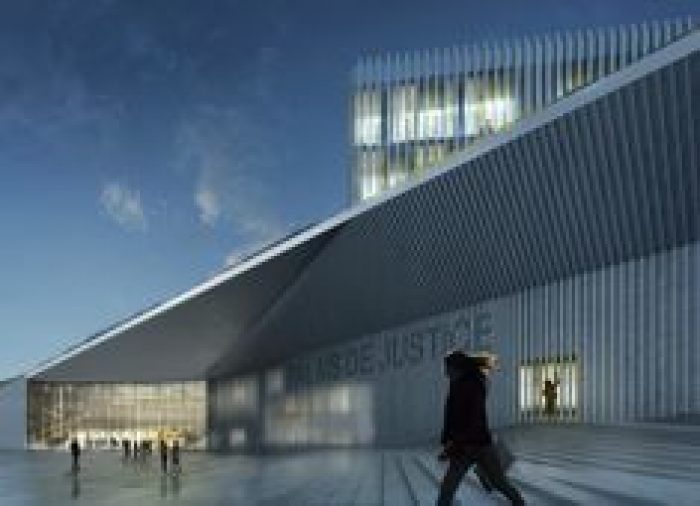 The project consists of a hybrid between architecture and landscape which provides the urban transition between the city center, the slab of Bobigny and suburban surrounding tissue. The base that hosts functions and areas open to the public are designed as a landscape fragment, a single roof, made up of different sections inclined and planted. 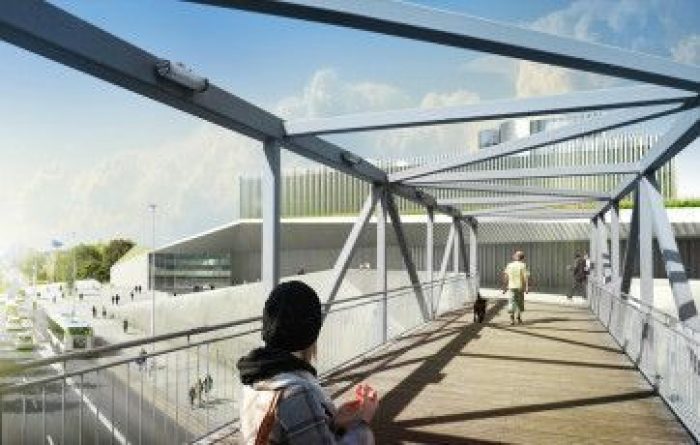 The existing office building is a summit that is emerging, a “mountain” overlooking. He is dressed new fully glazed facades curtains, protected by vertical metallic shading component abstract volume soars skyward and vibrates under sunlight.

The new nesting entry with the public space, the rhythm, the pattern of the facades and purity of volumes exude an atmosphere both serene, solemn and institutional own to express the idea of a modern justice serving the citizen. Inside, the bright and friendly atmosphere conveys a human and sensitive picture of Justice 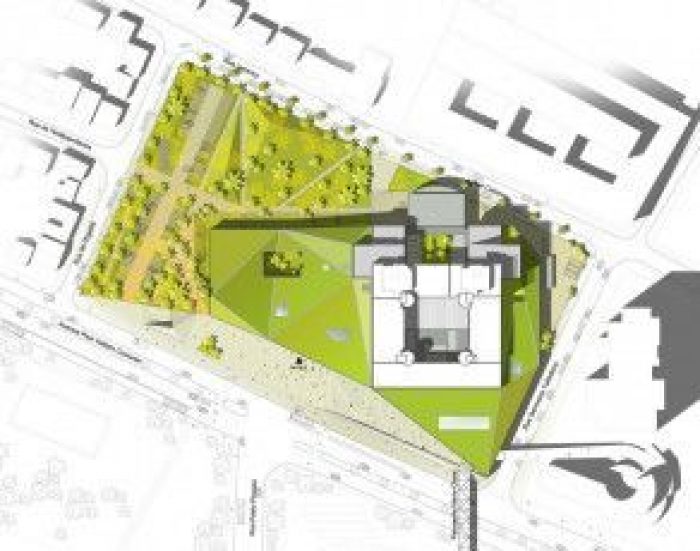 House of the Tree | Kokaistudios