For the design, the New Headquarters of RIVM/CBG (National Institute for Public Health and Environment and Dutch Medicines Evaluation Board) UNStudio joined the Consortium I2O (In Omnibus Omnia), formed by Volker Wessels and Facilicom. Following the prescribed PPS -procedure (Private-Public Partnership), the task of the Consortium was to design, build and maintain the property for 25 years. 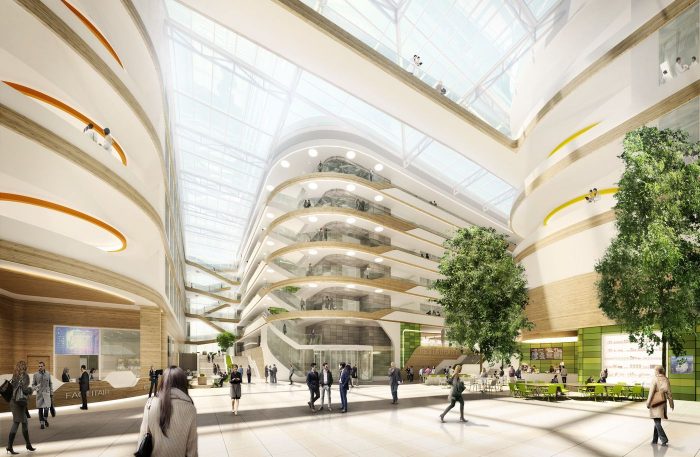 RIVM/CBG seek to establish the two organisations on the Uithof in Utrecht, as a part of an open research, knowledge and academic network within the Utrecht Science Park (USP). The aim of this integration is to allow for a synergy of universities, educational institutions, research institutes and knowledge-intensive companies, as a critical success factor for a climate of knowledge development and knowledge sharing.

The “Cross” design model proposed would bring together the offices and laboratories into a unified and functional whole, with direct visual connectivity. “Atrium streets” are introduced which converge in the middle of the ‘cross’, where a 6-storey, spacious central hall is located. This hall is a public, indoor square, a communal core that binds together the four wings of the building visually, organisationally and in terms of circulation. 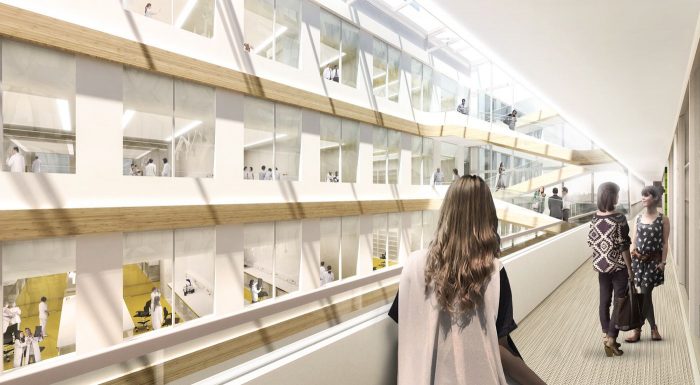 Within the atrium streets, communication is promoted through bridges which connect between the office and the lab wings. The efficiency of this model lies in the shortened travel distance from the central point to the wing ends, which is reflected also in an optimised maintenance solution.

The plinth volume and the volumes above it are bound together by a continuous white framing, which accentuates the programmatic expression of the building, as well as its reading from the outside. The framing is filled with different kinds of “infills” – facade elements which correspond to various programmatic requirements and sun orientation. 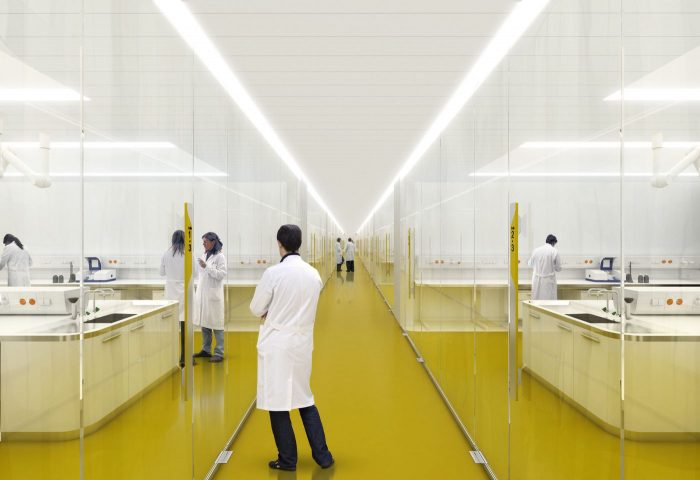 The laboratory and office facades comprise a number of window components, optimised to respond to heat gain and solar intake conditions. Public programmes within the plinth have more transparent glass facades, whereas the logistical functions are situated behind a fence facade.

The New RIVM uses the Cross design model, as well as the facade framing strategy as the ’big details’ of the building – key design concepts which orchestrate building performance, both to the users inside, as well as the passer-by at Uithof.

The Big detail has the ambition of a highest-rank sustainable strategy, due to its focus on absorbing complex functionalities (spatial, organisational, material, energetic) into a single, multifaceted and effective approach, thus re-defining sustainability as architectural efficiency across all of its conclusive parts. 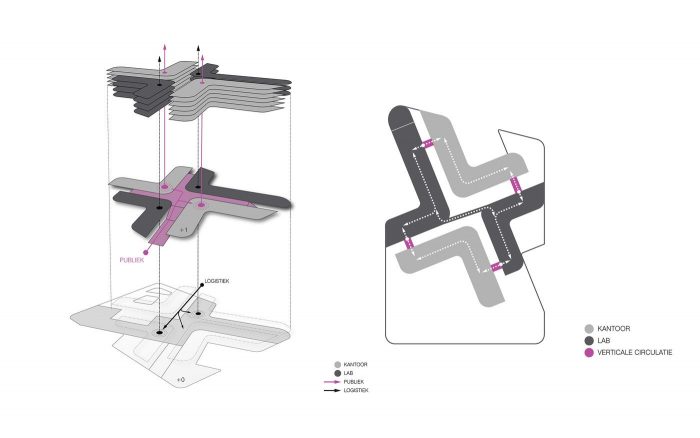