Office Central is a masterplan project which is located in the heart of Istanbul in Sisli. The Sisli – Levent Area, a former industrial and housing zone, recently has been transformed into the business center of İstanbul. Along with the high FAR values and non-regulated height restrictions the area became a fragmented collection of business towers and enclosed shopping malls. Unfortunately, the selfish nature of the functions reflects this intensified, central part of the city more than any similar environments. Neither the roads nor pedestrian walks connect two different towers or shopping malls, therefore, achieving an ultimate level of isolation even though the buildings neighbor one and other.

As a result, there is neither a “street” or a “center” feel as you walk in the streets of Sisli – Levent. The “Office Central Masterplan” project acting as a combination of private and public commissions, proposes a shift in the ongoing formation of this important zone. On one hand, Office Central proposes; 1. private investment to engage the surrounding 2. public space to stimulate and rejuvenate the building. On the other hand, the project proposes the government to motivate the public space integration within the private investments. 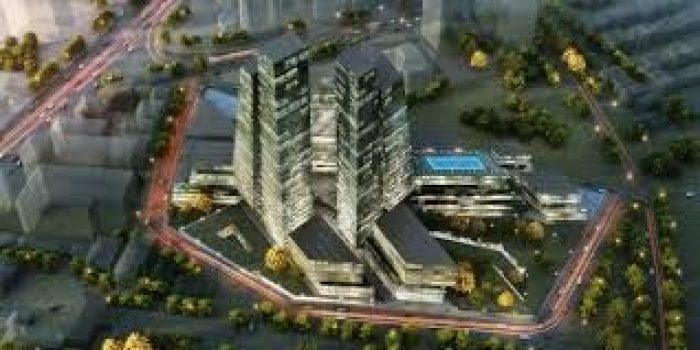 The proposed program consists of offices, residences, hotel, retail facilities and a cultural center. The architectural approach of the scheme attempts to merge the proposed environment with the existing urban texture in relation to its scale and relative street network. Looking into reversing the logic of an isolated and domestic single inner-yard strategy, multiple public spaces are incorporated along the site boundaries by abstracting new boundaries, outward, from the dense central framework.

As the building volumes start low-rise from the corners of the site (referring the heights of existing surroundings), they turn into high-rises in the intersection of all main axles. Towers orientated according to view and sunlight relationships create their own central silhouette with their various heights and geometries. In an attempt to maximize the use of public space in relation to domestic functions, public plazas & streets and transport connections with a strong urban network are emphasized through the use of a built axes, that cuts the center of the site. This axes then collects the built environment through the central plaza and releases the edges for green and public based uses. 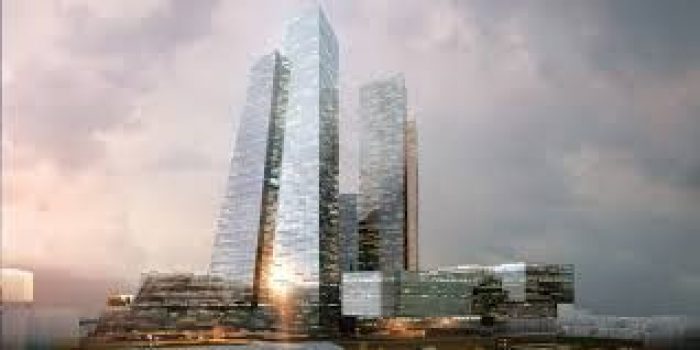