Architects sometimes feel restricted when designing spaces with long span structures. Generally, the maximum span for beams in building construction depends on the beams’ material compositions along with its vertical and horizontal thickness.

Here, we showcase 5 projects with long-span structures where architects did not sacrifice their clear and spacious halls. 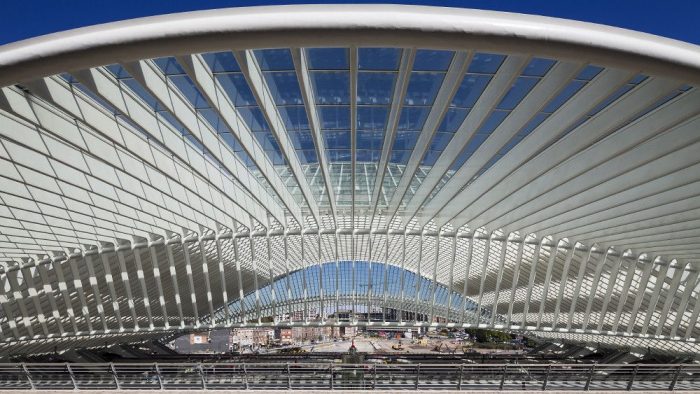 In the historical city of Liège, Belgium, the renowned Spanish architect Santiago Calatrava designed a high-speed train station. The steel structure of the station manifests rhythm, transparency, and movement. The steel and the glass create a vaulted shading canopy, allowing for a great deal of natural light.

Glazed balustrades and stainless steel complement the station’s structure to generate a unique form. People have described it as brave, dreamlike, and innovative. This massive structure is 590 ft in span and the structural elements are all made of steel and glass, in addition to concrete cast on-site.

Calatrava used concrete to its full potential, in this project. In fact, the European Concrete Societies Network (ECSN) selected the building as a winner of the 2006 Award for Excellence, acknowledging its unique use of concrete.

Taoyuan International Airport is the largest in Taiwan and the eleventh busiest airport in the world.  Due to the increasing numbers of passengers, Taiwan has introduced many expansion projects to the airport, one of which is Terminal 3.  Rogers Stirk Harbour + Partners have won a competition to design the terminal in collaboration with ARUP  Group who are considerably experienced in airport design. 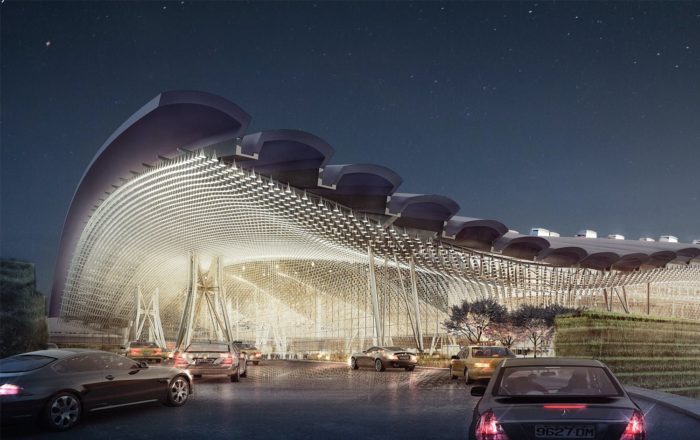 The structure is designed to reflect the unique surrounding landscape of the city. A series of four-legged towers support the massive shell roof. Here, the roof span is 80 meters long and the project covers an area of 640,000 m.sq. Although the roof is hard, the ceiling takes the form of a soft ductile surface that encloses the different functions taking place inside the building.

Additionally, ARUP achieved significant savings in the cost of fire protection in this structure, while at the same time achieving the client’s aesthetic requirements. 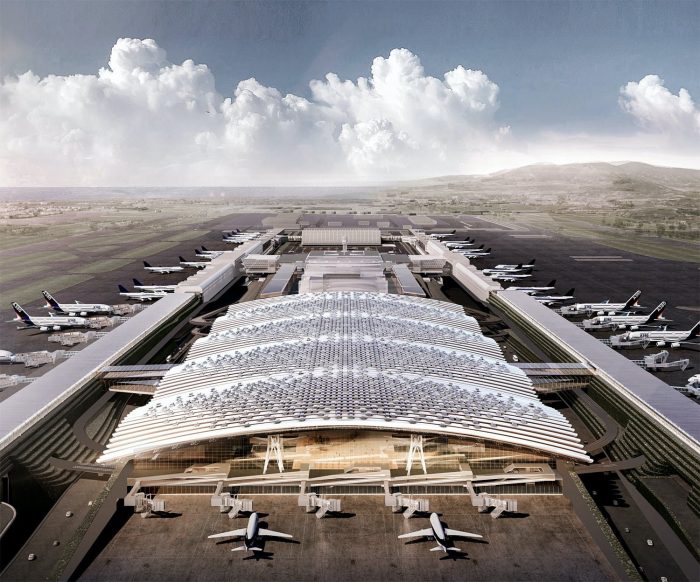 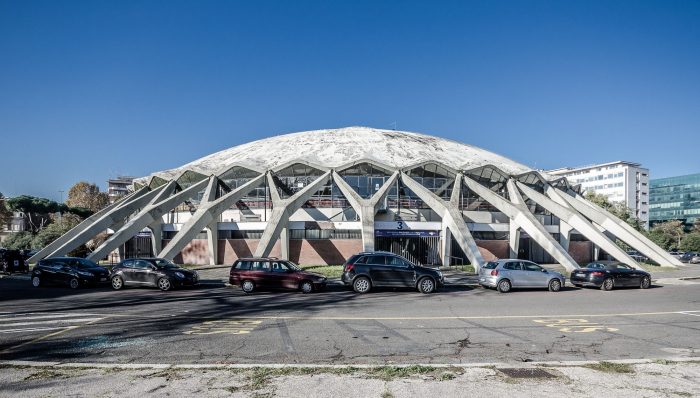 When it comes to long span architecture, sometimes old is gold. Italian engineer and architect Pier Luigi Nerviwell— known for his innovative and bold structures, designed many sports facilities and had his own construction philosophy. One of his remarkable works is the Palazzetto Dello Sport indoor arena in Rome.

Although it was built in 1957, the Palazzetto Dello Sport indoor arena is considered huge and relatively advanced for its time. It can host up to 3,500 basketball audiences and 5,600 for the other sports which include wrestling and boxing. The enormous dome was designed in partnership with architect Annibale Vitellozzi. It is a reinforced thin-shell ribbed concrete dome which has a diameter of 61 meters. It is composed of smaller prefabricated elements and supported by flying buttresses, also made of concrete.

6 Unconventional Structure Systems and Their Outstanding Uses in Architecture 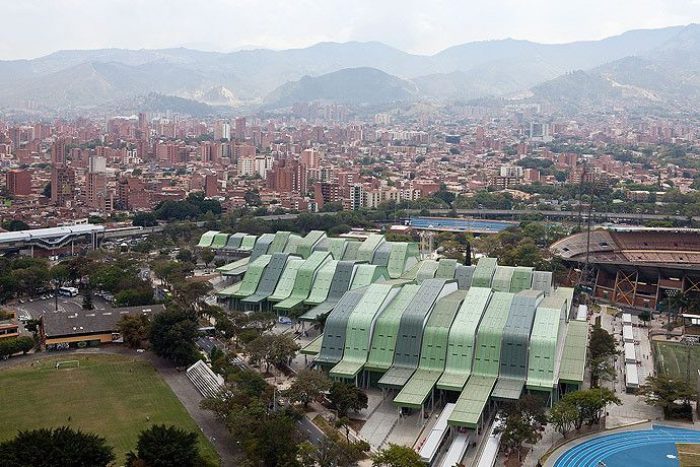 Designed by Giancarlo Mazzanti (Mazzanti Arquitectos), this structure mainly consists of stripes. Each one of them is a large steel truss frame with different heights, mimicking the city’s skyline of mountains. The structure system employs columns that do not only support the dynamic roof but also act as a rain gutter. The different heights, however, are not random. They get bigger or smaller in span according to the different needs of the sport being played. For example, the volleyball gym needs to be higher than the gymnastics hall, so the structure accommodates this change.

The roof is supported on a large girder which has a circular cross-section. Additionally, the long span structural frames are positioned to be used as environmental treatments. The designers have studied the solar position and bio-climatic patterns of the site. Accordingly, the strip-like structural elements are aligned with the sun path direction to control its effect.

One of the sports halls—named the “Ivan de Bedout Coliseum”, has a structural system that provides a clear span of 280 feet (85 meters).

As a multidisciplinary architect, Nervi has innovated the two-way, reinforced concrete space frame. One of his works is the Torino Exhibition and convention center known as “Torino Esposizioni” which was built in 1949. 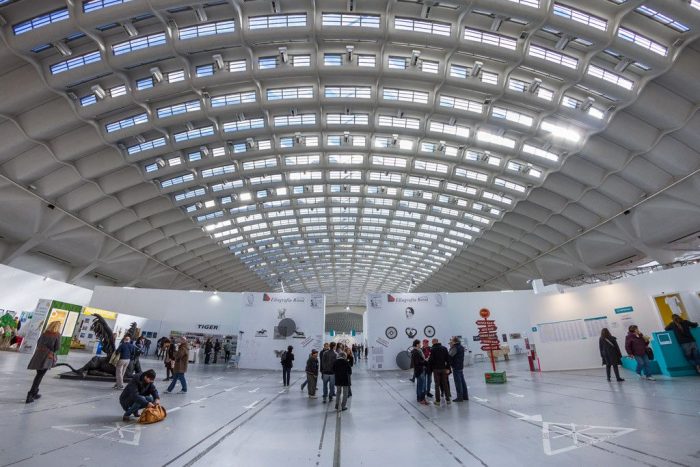 The building mainly incorporates two materials: glass and Ferro cement. If it wasn’t for the unique structural characteristics of Ferro cement, this hall would not have come together.

The Exhibition hall is currently under recovery by some of the prominent architectural firms such as Daniel Libeskind, Dominique Perraul, and Stefano Boeri.