Home » In Depth » The Beauty of Architectural Structures : Elegance beyond Aesthetics
In DepthProducts

The Beauty of Architectural Structures : Elegance beyond Aesthetics

Architectural Structures: A graceful building becomes iconic by striking a permanent pose. Such elegance in Architecture makes it a ‘timeless fashion’. But this elegance goes beyond just the aesthetic covers of buildings. Within such timeless buildings lies a structure giving its aesthetics an extended life and imparting a visual identity to the building.

The Beauty of Architectural Structures:

Beauty, in architecture, lies in the performance and behaviour of building’s structure and façade elements as a component. The structural form should have an aesthetic appeal while being simultaneously driven by engineering considerations. An elegant design is the one that arises from engineering creativity, satisfies the requirements of efficiency and economy, and is also elegant.

READ MORE:
10 of the Most Beautiful Museums in the World

According to Prof. David P. Billington of Princeton University, works of structural engineering designs can be regarded as ‘Structural Art’, only when they pursue all of the 3 Es – Efficiency, Economy and Elegance. The term is said to be coined in his 1983 book ‘The Tower and the Bridge’, and arose out of his in-depth study of various structures and their designs. 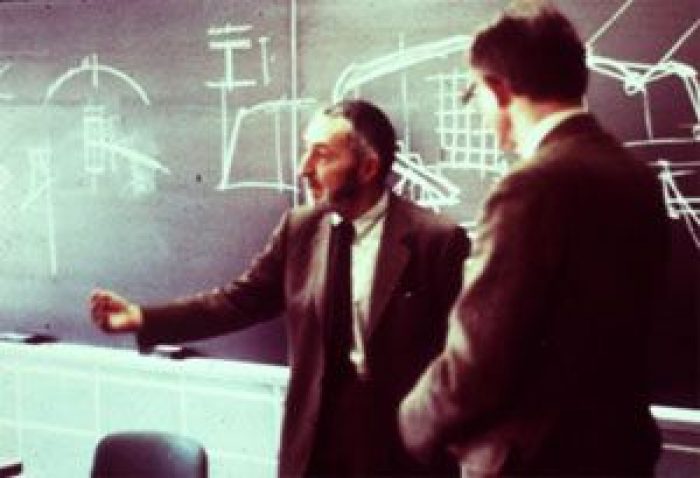 Architectural stage has witnessed creation of ‘Structural Art’ by many masters of design and engineering. They have charmed the history of architecture by contributions that were important because they highlighted structures to be beautiful, and still bold.

John Augustus Roebling was a German-born American civil engineer. Famous for his designs of wire rope suspension bridges, he took some vital steps forward in bringing bridges to limelight.

The designing of a bridge around the 1880s required much practical and theoretical approach, for which Roebling devised an equilibrium strength approach, in which equilibrium is always satisfied but compatibility of deformations is not enforced. Amidst this, he was successful in creating bridges that are monumental and have emerged as landmarks!

Being at New York City, one just cannot overlook the strong standing Brooklyn Bridge designed by Roebling. It is a hybrid cable-stayed/suspension bridge and is one of the oldest bridges of either type in the United States. In 1866, John A. Roebling Suspension Bridge spanning the Ohio River was completed, and was the longest suspension bridge in the world at that time.

One of the pioneering personalities was Finnish American architect Eero Saarinen. Being a fine industrial designer, he shaped up the 20th century with his neo-futuristic style that, during those times, seemed to come right out of a sci-fi movie!

Saarinen’s most famous work can be regarded to be the TWA Flight Centre that demonstrates his neofuturistic expressionism. Focussing on this design, one can see how the aesthetical ‘winged’ representation has been achieved from the technical marvel in concrete shells.

Saarinen had been proficient in merging of the innovative structure with a charm that was futuristic for that generation. Prior to TWA Centre, he designed Gateway Arch – a 630-foot tall monument in St. Louis, in the U.S. state of Missouri. Clad in stainless steel and built in the form of a flattened catenary arch, it is the tallest man-made monument in the Western Hemisphere, Missouri’s tallest accessible building, and the world’s tallest arch. Saarinen teamed up with German-American structural engineer Hannskarl Bandel in 1947 to create this marvel.

Eero Saarinen created his designs through fine examples of a perfect synergy between an architect’s creativity and a structural engineer’s rationale.

Frei Paul Otto (2015 Pritzker Prize Winner): Otto is a German architect and structural engineer noted for his use of lightweight structures, in particular tensile and membrane structures, including the roof of the Olympic Stadium in Munich for the 1972 Summer Olympics. Otto’s father and grandfather were both sculptors, and as a young student, he worked as an apprentice in stonemasonry during school holidays. For a hobby he flew and designed glider planes — this activity piqued his interest in how thin membranes stretched over light frames could respond to aerodynamic and structural forces. 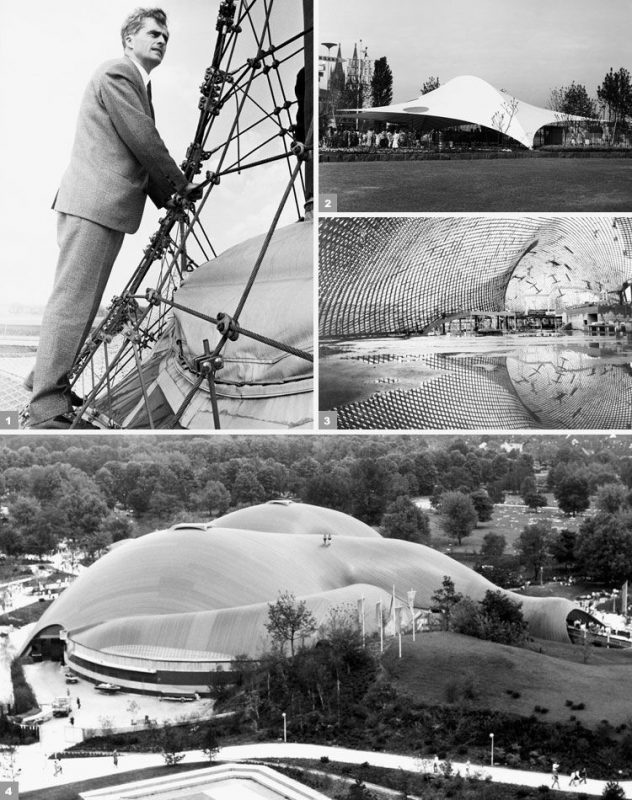 Frei Otto pioneered the use of modern, lightweight, tent-like structures for many uses. He was attracted to them partly for their economical and ecological values. As early as the 1950s, he built complex models to test and perfect tensile shapes. Throughout his career, Otto always built physical models to determine the optimum shape of a form and to test its behavior. Engineers in his studio were early adopters of computers for structural analysis of Frei Otto’s projects, but the basic input data for these calculations came from the physical form-finding models.

Candela’s visual intelligence and his descriptive geometric and trigonometric talent were noticed during his formative years of studies.

L’Oceanogràfic or “The Oceanographic” is an oceanarium situated in the east of the city of Valencia, Spain, where different marine habitats are represented. Structural engineers Alberto Domingo and Carlos Lázaro had assisted Candela in the design formulation of the structure that follows a repetition creating a unified elegance.

No 21st Century ‘Structural Art’ story can be completed without the mention – and an in-depth mention – of Santiago Calatrava Valls. Calatrava is a Spanish neo-futuristic architect, structural engineer, sculptor and painter.

Calatrava’s works have inspired Popular Culture and also have been featured in many. The Nova Corps world Xandar in the science fiction film Guardians of the Galaxy is largely based on his designs.

His early works were mostly bridges and railway stations that took the status of civil engineering projects to new eminence.

Calatrava’s iconic Alamillo Bridge is a structure in Seville, Spain. The bridge is of the cantilever-span cable-stayed bridge type and consists of a single pylon, counterbalancing a 200 m span with thirteen lengths of cables. Alamillo’s singular-mast design has proved to be the most striking feature aesthetically, while Calatrava smartly worked out its functional aspects.

Calatrava has defined his style as bridging the division between structural engineering and architecture. According to him, he has developed a very personal style that derives from numerous studies of the human body and the natural world.

The Quadracci Pavilion created by him in 2001 in The Milwaukee Art Centre contains a movable, “wing-like” brise-soleil that opens up for a wingspan of 217 feet during the day, folding over the tall, arched structure at night or during inclement weather. During this process, the performance of the building is put to test, and it creates a more elegant aura to the entire design. The Reiman Bridge, also designed by Calatrava, connects to the pavilion and provides pedestrian access to and from downtown Milwaukee.

The Turning Torso marked Calatrava’s entry to the high-rise tower structures. It is the tallest skyscraper in Sweden and the Nordic countries. The structure is aesthetically based on a sculpture called Twisting Torso, which is a white marble piece based on the form of a twisting human being, created by Calatrava himself.

To bring this ‘art’ to such a scale of architecture, he worked out his skills and developed a solid immobile building that was constructed in nine segments of five-story pentagons. These twist relative to each other as the structure rises. Finally the topmost segment is twisted 90 degrees clockwise with respect to the ground floor.

The Turning Torso is a fine example of elegance that goes beyond just the aesthetics, as the ‘turns’ of the floor plates have been well accommodated by the building’s functional requirements.

It is also to be put to light that a work of structural engineering design that is safe, functional and performs well might not rise to the level of ‘structural art’ because they fail to be elegant. The answer to how efficiently architects can work this out lies in – Parametric design.

One of the recent examples of structurally-centred elegant approach is seen at Chhatrapati Shivaji International Airport of Mumbai, India designed by Skidmore, Owings & Merrill (SOM). SOM has always been at the forefront of innovation in structural systems. But with concrete cells of the canopy rising from massive columns in the Mumbai Airport, SOM has emphasised accurately on how the power of parametric design can aid in providing elegance.

SOM’s Parametric Approach to elegant structures for the Chhatrapati Shivaji International Airport of Mumbai, India (left); the canopy while under-construction in Mumbai (right)

Parametric design provides with the much-needed and efficient link to bridge aesthetics and performance of structures. With the advent of such designs, architecture has been able to take one giant leap in realization of structures that once seemed to dwell only in fantasies.

A mere scroll-down on this article would be enough to notice that as we approach to this era Parametricism from the days of Roebling, there is a rise in ‘complexity’ of the structures.

Further, he states that only if the problem is complex and difficult does the solution deserve the attribute “elegant”. While simplistic solutions are pseudo-solutions, the elegant solution is marked by an economy of means by which it conquers complexity and resolves complications. 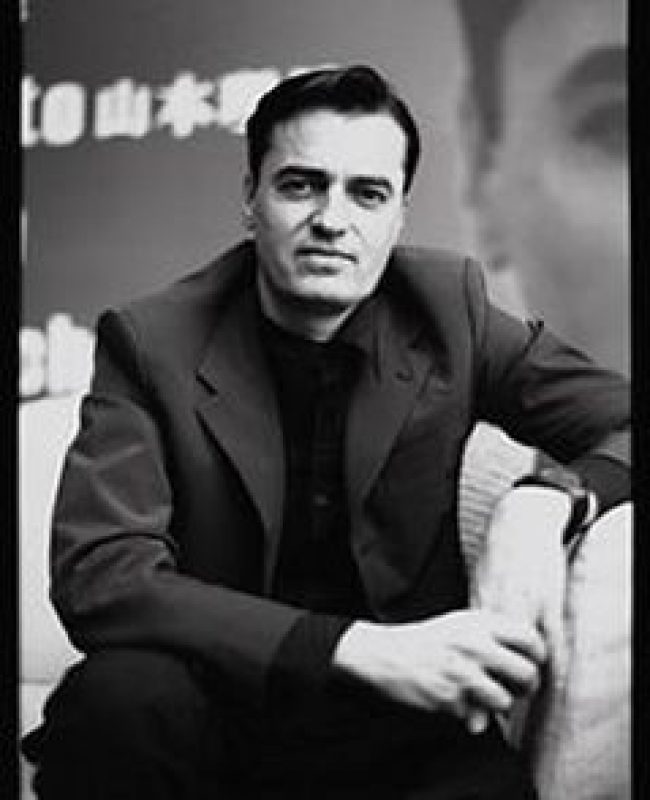 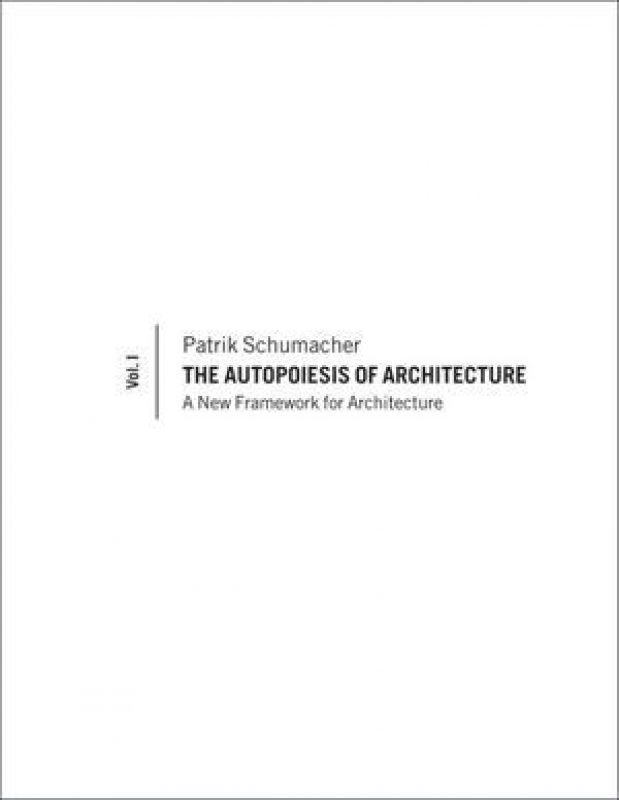 Patrik Schumacher entails for attention on computational parametric approach to impart elegance that would embark the digital revolution in architecture and engineering.

It is the medley between the aesthetic and the performance/functionality of structures that creates a seamless architectural melody. Whether an architect or a structural engineer, both the inevitable sides of the same coin have to be considered while designing.

If aesthetics bring in ‘appeal’ to the structure, then its functionality is the ‘grammar’ and striding for excellence in both will create the right elegance – architecture that looks good and performs better.