Designed by AMP arquitectos, Rafael Arozarena High School is set on a plot of land that is very close to the historic town center of La Orotava and this large building blends in perfectly with, and relates to the urban layout, the topography of the land around and in its visual relations from the nearby listed buildings. The school has been resolved as a plinth for the buildings located on the edge of the city center, on the axes Colegio Street – S. Francisco Street. In the implementation of the project, consideration has been given to maintenance costs by using a very elemental lay-out, primary materials, and recordable installations.

The whole blends in with the pre-existing walls of the farming terraces, where it rests on them at some points and passes over them at others, letting the land flow under the building, propitiating enclosed spaces for games or for people to gather. 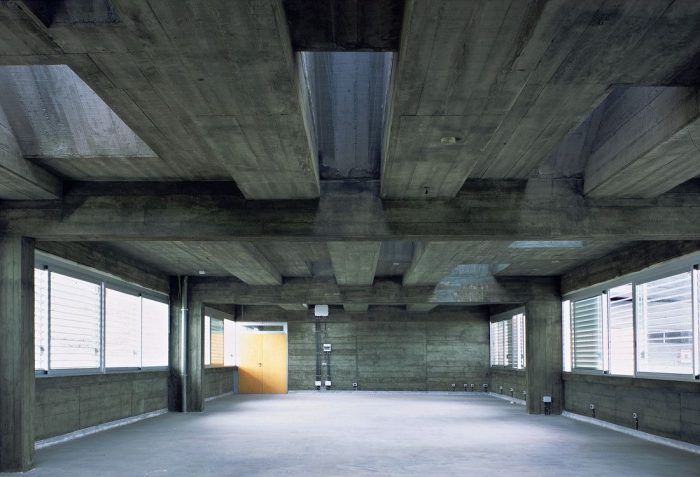 The plot covers a site on the slopes of the Orotava valley between 345 m and 365 m in altitude, which used to be used for growing the traditional single crops of the area, of which, the magnificent walls and stone paths that terrace the land remain as witnesses of the past.

The main access is from the south-east street, the only horizontal road of the network around the block, in order to provide the best access for students arriving by bus. It is also the road that links to the largest population of potential school children. One arrives by ascending a slight ramp up to the hall floor. The porter’s office, administration offices, and the library are all on this floor. The library is placed right next to the entrance so that this space is visible to the inhabitants of La Orotava and the surrounding area when there are no classes. 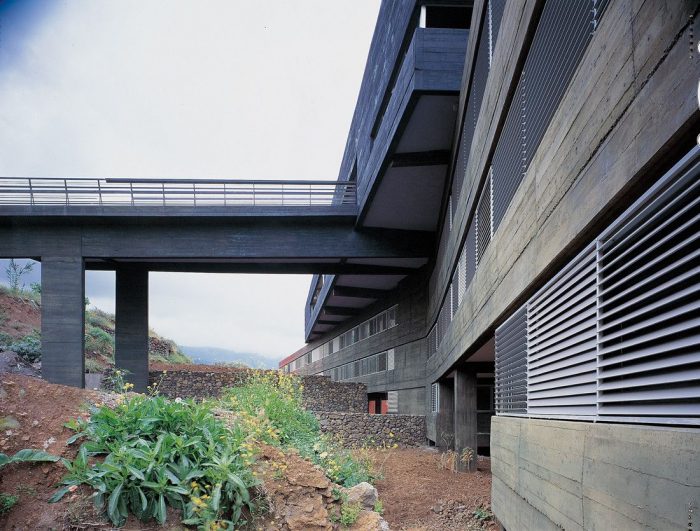 Most of the high school secondary education activities take place on the two floors immediately below the entrance level: multi-purpose classrooms facing south-east towards the boundary and towards the urbanization’s containing wall; and the special classrooms, facing the surrounding open spaces. On the floor below, one finds the science, nature and health laboratories and the sixth form computer room on one side, and, on the other, the spaces used for the vocational training programmes: classrooms, departments, and workshops that have to be in contact with the ground.

At the northern end, at a much lower level, is the gymnasium or sports center, set into the hillside. The volume is partially set into the earth, on the one hand, to minimize the size of this hall and the impact it has on its surroundings and, on the other, in order not to obscure the views over the valley and the sea from the upper terrace.
The concrete finish is softened with a degraded wash of different tones, on the one hand, to blend the building in with the urban strata of La Orotava and, on the other, to blend in with the more rural nature of the south-western zones. These color washes start from the staircase and the volume of the main access. The chromatic character of the building is important both inside and out, and it relates to the educational function of the center. 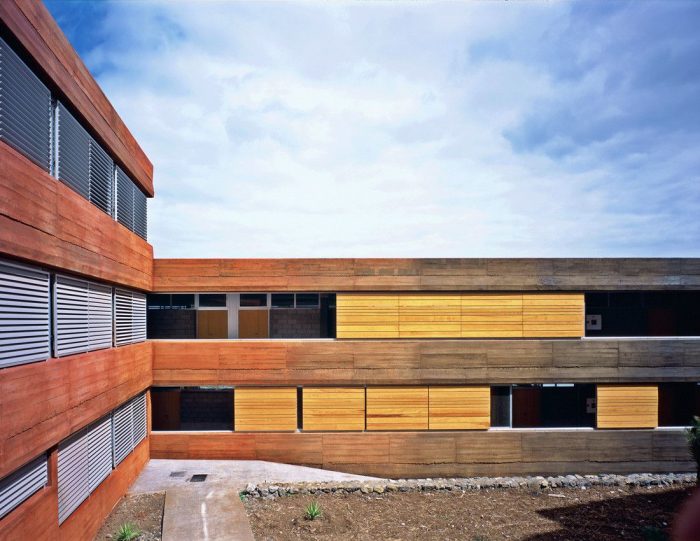