Lofts Yungay II is a collective housing building located in the outskirts of the World Heritage Area of Valparaíso, Chile. This city is one of the largest Chilean ports in the Pacific Ocean. Valparaiso’s landscape is very characteristic due to its many hills packed with colorful houses almost falling out of the cliffs. Each house is different from one another, but together they create a harmonic landscape.

The project’s lot is located in a hill side with a strong slope in both north-south and east-west directions. The site has two main facades; the east façade faces the street at the top of the hill, mean while the west façade faces a steep cliff. 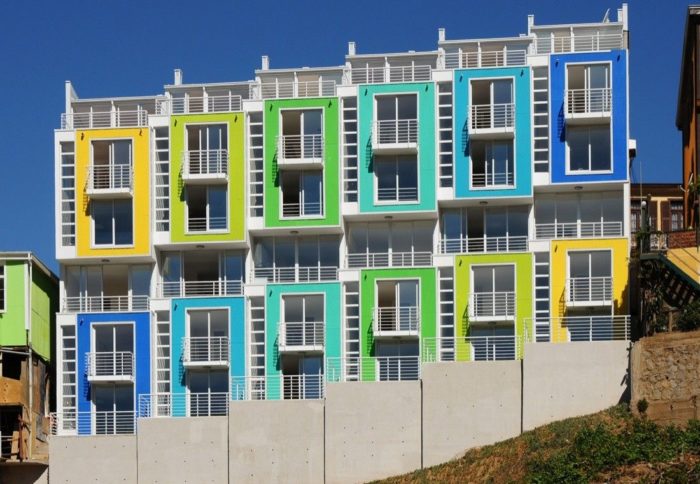 The project was intended to blend into this urban landscape characterized by the combination of small colorful houses dispersed throughout the steep hillside. The building required to house 20 units, and thus its volume was much larger than the neighboring houses and would require a heavy intervention of the hill’s geography. This would destroy the scale and geography of this urban landscape.

To blend, the project required a smaller scale, and required to adapt into the geography. For this reason the building was fragmented into a series of smaller volumes. Each of these volumes is an individual unit, and has an individual color. They are placed at different altitudes following the slope of the hill, and thus, adapting the building into its geography. On the rear façade the units are slightly turned accentuating the idea of a combination of smaller units instead of a sole large volume. On the main façade, the volumes are aligned respecting the continuous façade of the street. 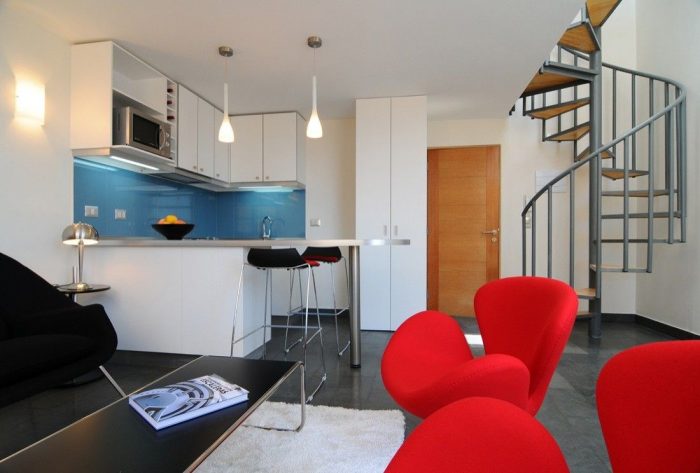 Certain construction elements that are present in the surrounding historical buildings, such as the small-wave galvanized coating and the tall wooden windows, were used in the facades. These were combined with new elements such as the double height windows and the perforated steel sheets of the parking lot gates. Together, these old and new elements mix into a contemporary façade with a strong local identity. 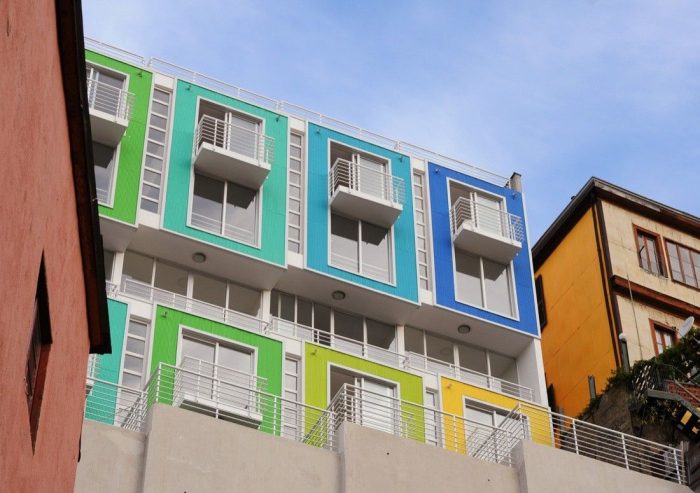 In the interior, the building is structured with a north-south axis containing three levels of corridors. Each one of these corridors has a series of short ladders that reflect how the building adapts to the slope of the site. The up most corridor has a succession of skylights separated from each other by colorful volumes, allowing the natural illumination of this area.

The building contains 20 lofts. The corridor at level -1 leads to the storerooms and to 6 two-story units, each one with a small garden overlooking the cliff. The street level contains the parking lots and 3 one story lofts. Finally, on level +1 are the entrances to 11 three-story lofts, each one with a roof-top terrace and a wide view towards the ocean. 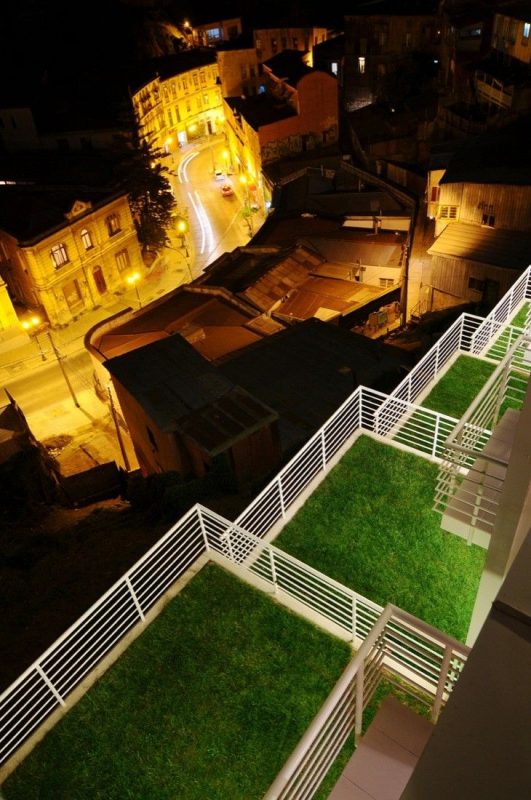