Corrugated cardboard has long fascinated designers to experiment with a variety of structures. Amidst the 20th century, some architects tried to build houses using this recyclable, sustainable, and cheap material. Unfortunately, things didn’t work out for them, as cardboard was neither tolerant to water nor resistant to fire. Facing an unfair competition with other materials like Formica, corrugated cardboard subsided.

It was thanks to the eminent Japanese architect Shigeru Ban that corrugated cardboard was actually used as a building material. He experimented with corrugated cardboard till he developed a new method to help refugees of Rwanda in the 1990s. His technique depended on using tubes of cardboard with plastic covers to make water-resistant shelters for disaster relief. Afterwards, the architect also used the new material for permanent buildings in various countries like India, Italy, China, and Turkey.

Here, we bring you some examples of paper architecture from around the world that incorporates cardboard: 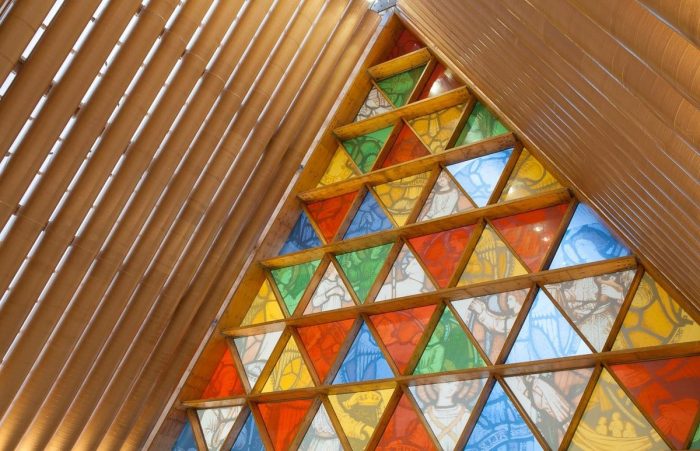 In 2011, a massive earthquake destroyed Christchurch town and took with it the city’s old cathedral. Two years later, Shigeru Ban gave a hand to build a new cathedral using cardboard. The architect promised that the new temporary building, which can host up to 700 people, will last for at least 50 years. 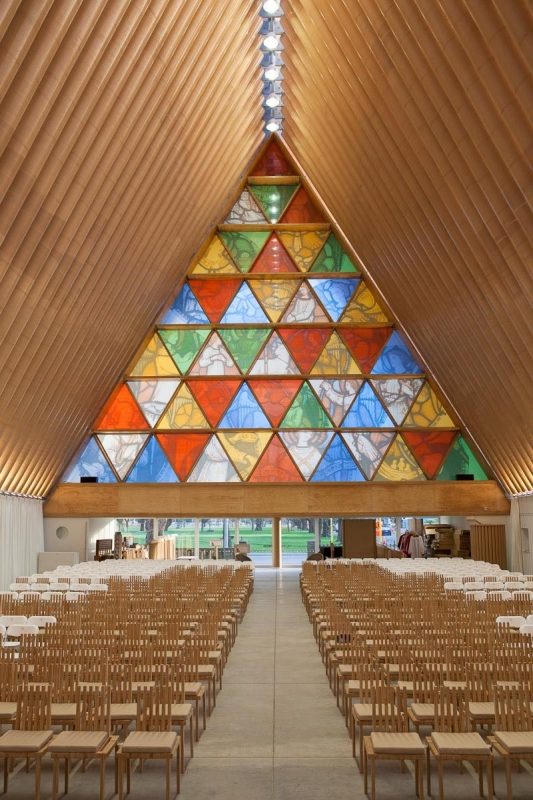 The new cathedral features an A-frame design with 98 tubes of cardboard and 8 shipping containers. The structural stability of the cardboard cathedral has rendered it to be the most earthquake-resistant building in town. Additionally, the workers treated the cardboard tubes so that they become water-resistant and fire-proof.

Claiming that the house would live longer than a century, the designers made the modular dwelling so that the owner can place it anywhere they like. The ultra light-weight—around 1,000 lb, is an incredible advantage of the house. 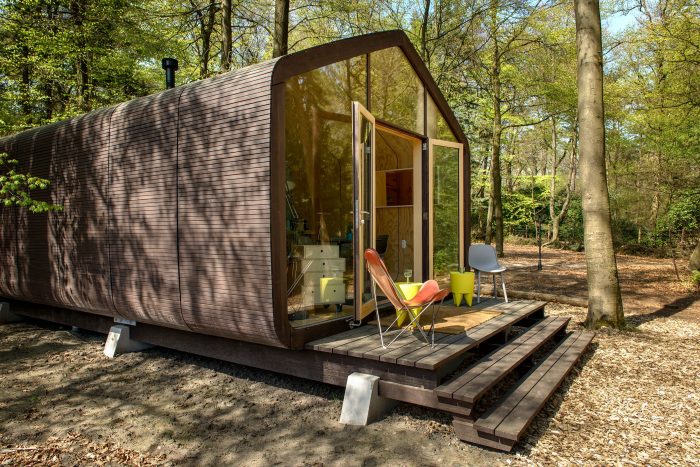 Each of the residence’s walls comprises twenty-four layers of corrugated board which are bound together by adhesives and covered in foil for protection against the rain.

The flexibility of cardboard encouraged the design team to use just one piece of cardboard to make up the entire house. Perceiving cardboard as a kind of wood, the studio said: “Wooden buildings last for decades when well conditioned,” “It’s the same for ancient books. It’s all about proper conservation.” 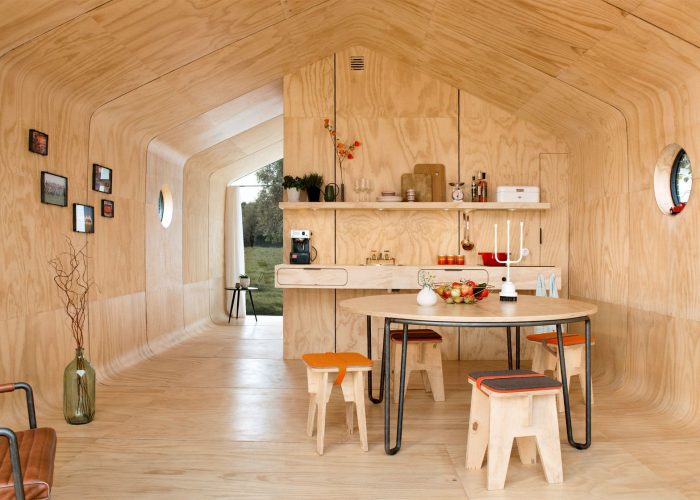 The owner of this modular house can combine two or three units together to form a larger dwelling. Costing about 28,000 dollars, the house presents itself as a fine example of cardboard architecture.

Computational architect, Michael Hansmeyer, designed these meticulous columns out of corrugated cardboard. Earning the title of the most complex paper architecture in the world, the designer made the columns by repeating an algorithm multiple times before producing them.

The incredible columns are 9 feet high and include super-thin layers of cardboard piled up on cores of wood. Moreover, a single column can contain between 8-16 million geometric facets. Being too sophisticated for 3D-printing, the designer used laser to cut the layers in a total of 15 hours/column.

“Recent machines with print spaces of many cubic meters make it possible to print not only small architectural models but full-scale architectural components. As a result, a form with a few million surfaces is as easy to print as a form with a few dozen,” explained Michael Hansmeyer, who used to work at Herzog and de Meuron. “For the first time, complexity is not an impediment to design and fabrication. Rather, it is an opportunity that is waiting to be explored.” 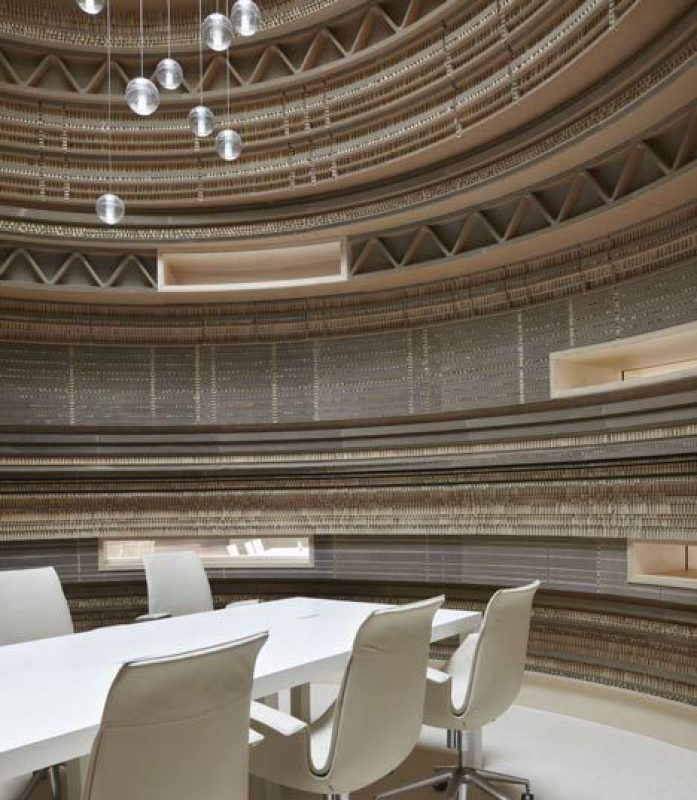 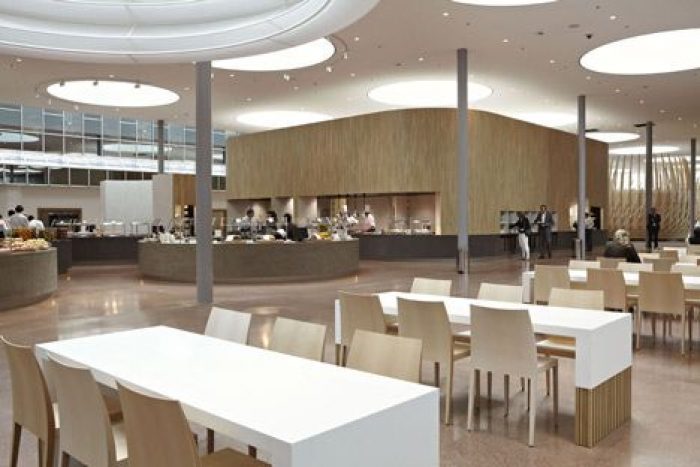 The interiors of the bank feature huge tubes of paper and cardboard lining the meeting areas. The architectural firm designed the project so that it combines the free modern spirit of architecture with public interaction. 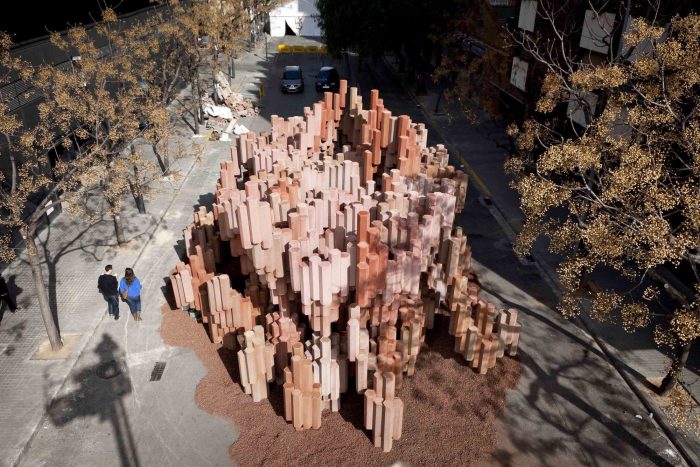 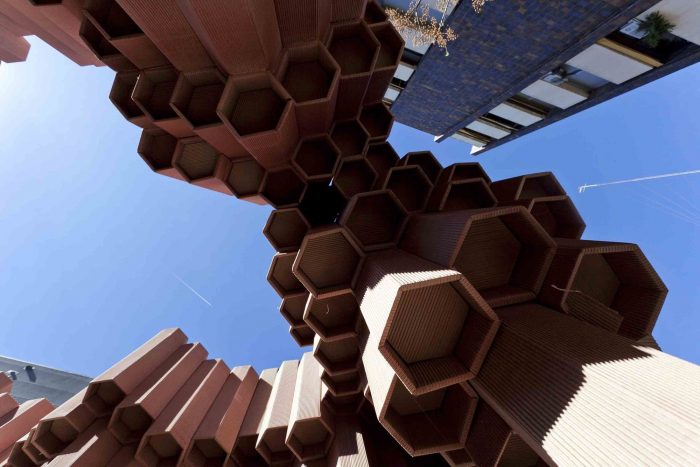 The designers built the pavilion for the local festival ‘Fallas’ using 3000 corrugated cardboard boxes as the sole building material. Facing the threats of rain and strong wind, the architects were concerned about the integrity of the pavilion that was on display for 5 days. Since the structure had no foundation, the designers filled the bottom boxes with dirt to stabilize the base.

6) Get High Without Drugs Pavilion (Students from University of Nicosia, London, UK) 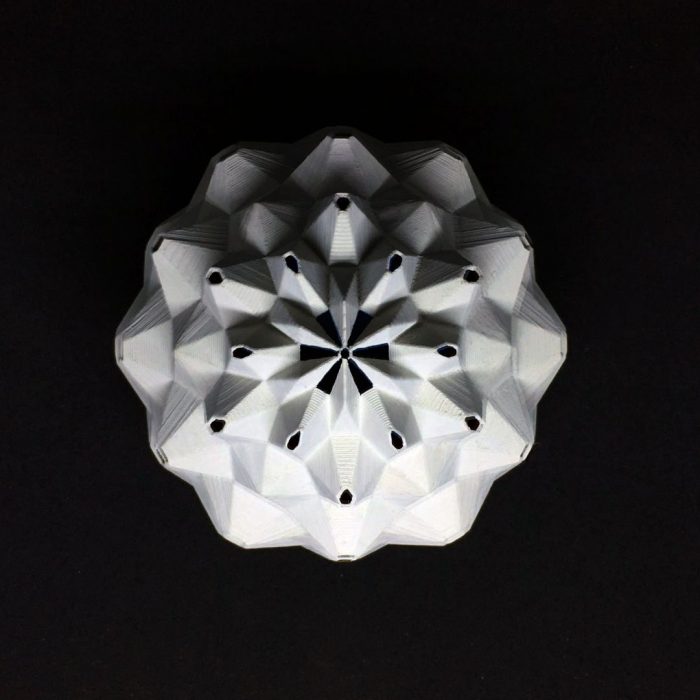 © GET HIGH WITHOUT DRUGS

The students made the pavilion to participate in the annual British festival ‘FAB FEST’. The geometric surfaces of the structure comprised 72 facets and multiple modules. The designers made the modules from corrugated cardboard in addition to a reflective surface on the inside, converting the structure into a kaleidoscope. 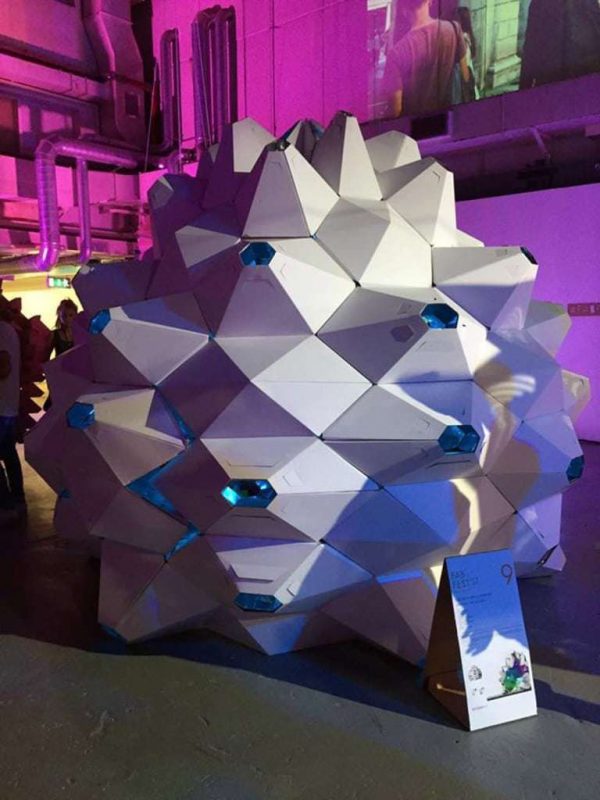 © GET HIGH WITHOUT DRUGS

The pavilion attracted the public so much that it won first place in the festival. The optical illusions it offered the public as well as its changing vivid colors made for a unique experience which the visitors tremendously enjoyed.

Meeting House | WAATAA_we are all together around architecture