Planet Ocean Underwater Hotel Florida is not just an idea or a bucket list vacation destination, but a dream come true for all those adventurers, oceanographers and sea lovers, who’ve been seeking a luxurious getaway under the sea. Also, Check Dubai Underwater Hotel by Deep Ocean Technology.

So, Where is The Underwater Hotel?

The underwater hotel is in Key West, Florida, USA.

The industry of underwater tourism and hospitality has been in an unpromising state since viability and affordability emerged as a major drawback. Though Planet Ocean Underwater Hotel Florida has already started its journey to become ‘World’s first fully self-contained affordable mini-luxury underwater hotel’. The use of prefabricated and modular technologies in the making of Planet Ocean Underwater Hotel seems to ensure a cheaper, quicker and eco-friendlier embarkment. 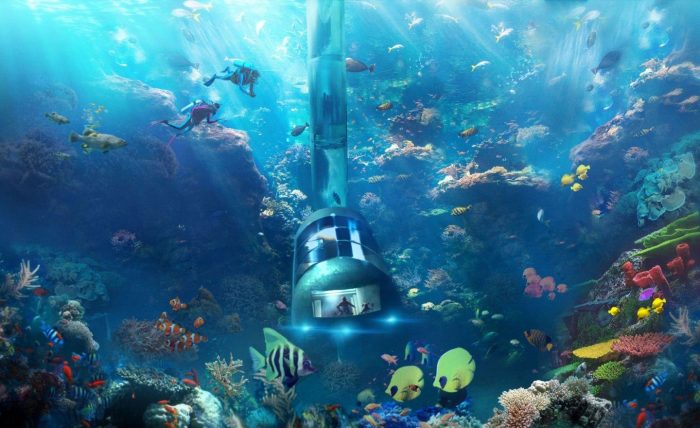 Having recently received a patent and approval, this ambitious project is all set to be underwater soon. The construction and assembly of this underwater hotel would be based in Key West, Florida and after completion, the hotel would be barged at an undisclosed location in the middle of the Caribbean Sea. The vessel would then circle the globe to visit some of the prime marine ecosystems.

The hotel, more appropriately termed as ‘Vessel’ would be floating at 8.5 m (28 feet) below the surface of the sea with a controlled environment having 1 atm pressure. This vessel would be equipped with propulsion systems which can steer it to safer waters, to avoid storms and hurricanes.

Are There Any Underwater Hotels?

With its capsule shaped, compartments, this 12 pod hotel, would be accessible through an elevator which slides its visitors directly into the labyrinth of reefs and a realm or blue. Much like the case of Captain Nemo, Twenty Thousand Leagues under the Sea, surrounded by a fanciful world of unearthly creatures and surreal encounters. Imagine the same breath-taking view around your vacation suite, with a pristine touch of the Caribbean and the most diversified ecology, breathing alive at its best. 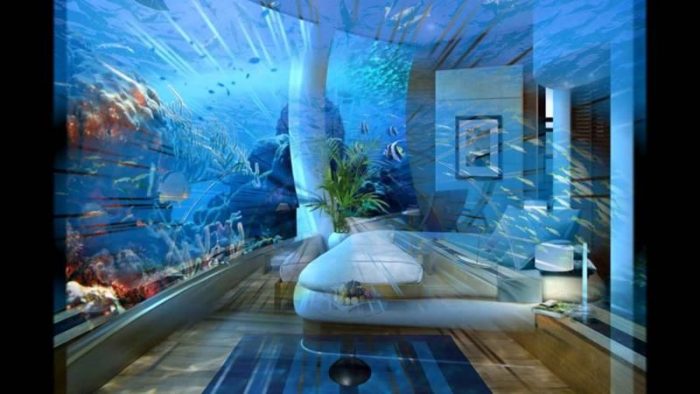 As the entire project is prefabricated, the project has been divided into components, namely the elevator shaft and the cabin, a 4.3 x 24.4 m central corridor, a 4.9 x 18.3-m air-conditioned lounge and the 5.5 x 3.7 m cylindrical pods. Apart from these, each suite has the best in class provisions in terms of amenities. The form of the hotel has been designed to evenly distribute the water alongside and retain the right pressure. Also, this ensures that the guests at the hotel have the best possible views of the underwater world.

The project (Underwater hotel Florida) sounds ecologically intrusive but claims to be working for a greater cause. It would fund the Global Coral Reef Restoration initiative and help in implementing the Biorock Aquaculture Technique. Whether or not this futuristic project fulfills its promises and ecological responsibilities, it sure would be no less than a wonder, once completed.