The new domicile for public authority Udbetaling Danmark (UDK) in Holstebro manages a series of vital social services, such as state pension and maternity pay, for the entire region of Midwestern Denmark. The building gathers employees from several municipalities in one new administration building, which has to handle and ensure a centralized and efficient service for the citizens.

The project’s architectural scope consists of meeting two overall demands. Firstly, the architecture has to radiate high quality and efficiency as well as openness and helpfulness, as the center administers financial affairs for a large group of citizens. 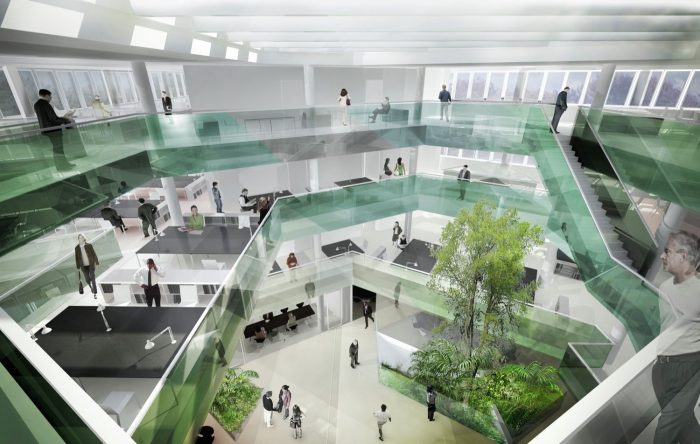 Thus, the project adapts to the surrounding context, while at the same time calling attention to itself and its location with a formal language of its own – without appearing ostentatious. Secondly, the architecture has to create and support a working environment that combines optimal conditions for internal collaborations and social relations with a modern office landscape that is bound together by a logical, flexible and transparent structure.

The triangular volume On this basis, the architects designed a characterful building that derives from a clear architectonic concept – a simple yet recognizable triangular construction with manifold and functional spatial formations that developed out of a conscious use of the triangle as shaping element. The triangle is an unusual shape in the Danish architectural landscape and thus, UDK will draw attention to itself, but without visually overpowering its surroundings. 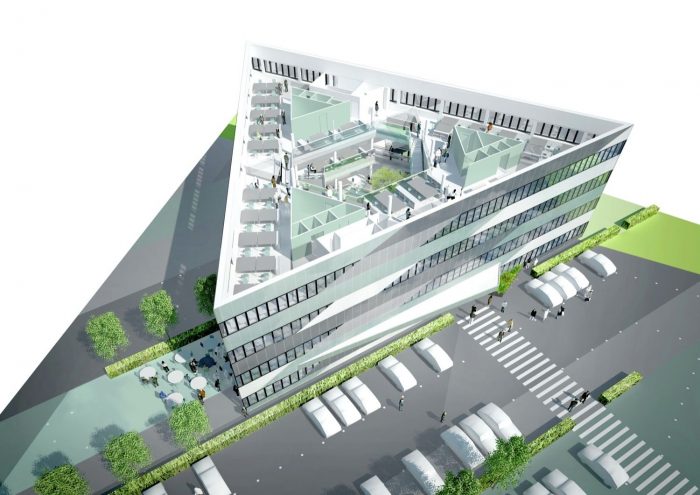 The triangular volume’s orientation on the site aims at creating an ideal combination of exposure, views, daylight conditions and reduced thermal stress. As one of the volume’s sides is oriented northwards there is no direct southern façade, which reduces the risk of overheating and the need for sunshades. The northern façade’s orientation towards the adjacent ring road enhances the building’s exposure and visibility while screening the employee’s terrace to the west and the entrance to the southeast from the road. Interior triangulation Throughout the interior the basic shape of the triangle creates a recognizable pattern that is applied consistently and in varying scales in order to extract valuable spatial qualities and functional subdivisions. 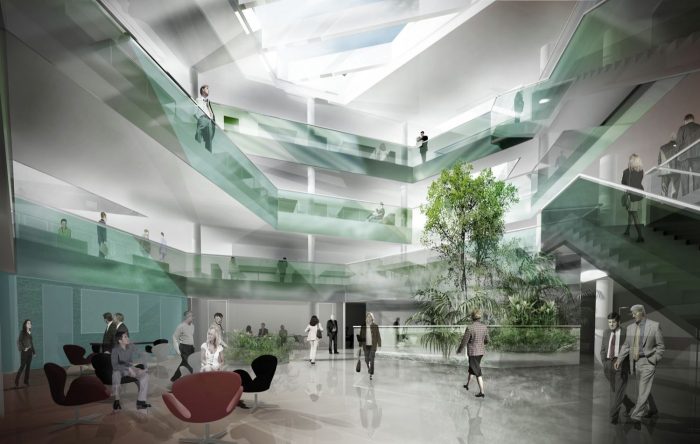 In order to divide the building into subsections, a triangular interior atrium is inserted. The atrium is rotated 180° so that its tips meet the building’s outer edges. Given its direct contact to the facades, the atrium’s shape and orientation allow a large amount of daylight to reach the building center. The tips of this central space are “cut off” by walkways and workspace areas, dividing the atrium into the main space and three small atriums. The main space is slightly asymmetric and rotates for each floor, so that varied spaces with different floor-to-ceiling heights emerge, which makes the building flexible and usable in different working situations. Thus, the internal contact between functions increases and becomes much more varied than in a traditional atrium building. In addition, this strategy also meets the ambition of providing manifold of different spatial qualities, which employees can turn to according to needs, mood or project. 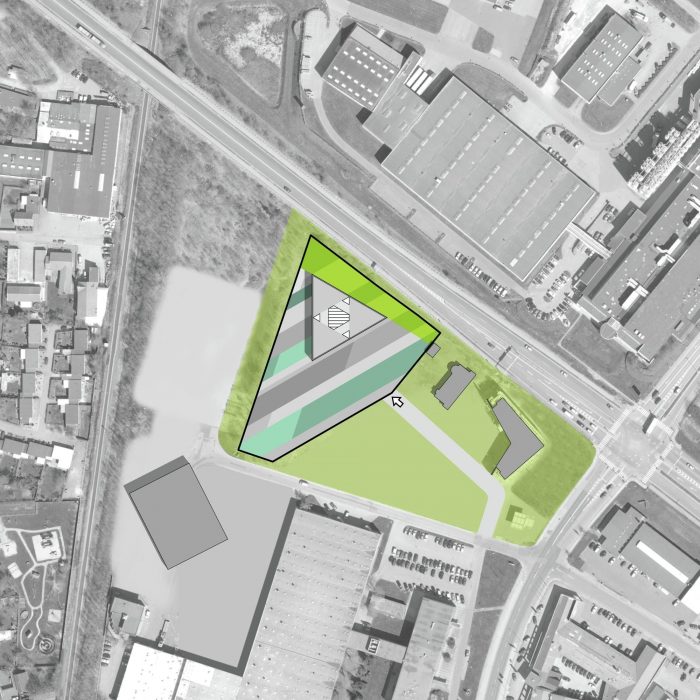 The three small atriums contribute to the internal transparency by creating additional visual connections across the floors. Their distinctive spatiality can also be used to mark spots with specialized functions, e.g. break rooms, informal meetings etc. Energy The building is designed in order to consume a minimal amount of energy for ventilation, lighting, heating and cooling and to maintain the best possible indoor climate at the same time. The design is optimized through an Integrated Energy Design process, where energy and indoor climate constituted integrated design parameters from the project’s very beginning, continuously interacting with architectural and materials choices.

Furthermore, by considering adaptability as a vital throughout the entire design process the building is able to meet future needs of a changing reality regarding reorganization, new functions and revised possibilities of utilization – that is to change and adapt the building with a minimal use of resources. This approach made it possible to meet the Danish Low Energy Class 2015 standards solely through an integration of passive solutions and without the support of energy producing solutions, although preparations for a future installation of solar panels and photovoltaic film on the glass facades are incorporated in the building. 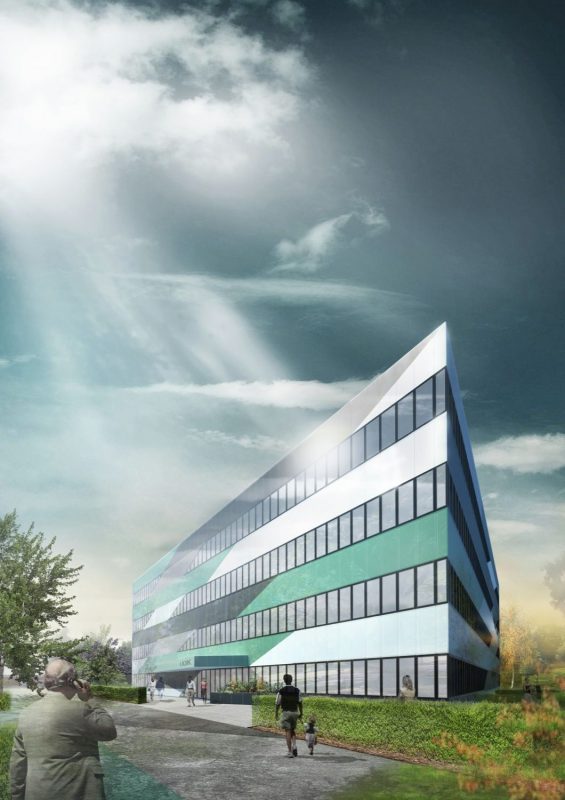 Enclave at the Cathedral | Handel Architects