Qingdao Grand Theater designed by GMP Architekten, Location can often make or break a project. An architect can design one of the most revolutionary structures but if it is sitting next to a power plant or in an abandoned neighborhood, the recognition it deserves may fall short due to its lackluster surroundings. When a beautiful and inspiring piece of land is obtained to build on it’s the architect’s duty to enhance the space, introducing a structure that compliments the area as well as pays respect to it. 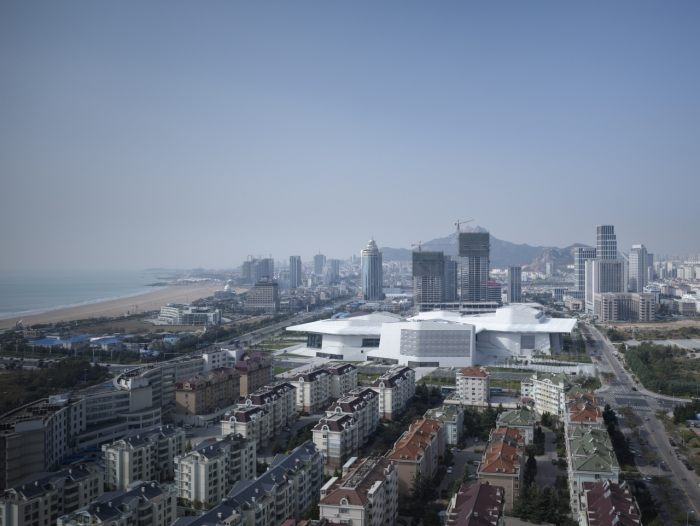 German studio, GMP Architekten, is responsible for the Qingdao Grand Theater located on the eastern side of the Chinese city of Qingdao between a bay in the Yellow Sea and Mount Laoshan. The unique situation of the massif directly next to the sea provides a mystical setting as it is often wreathed in clouds. This natural spectacle is celebrated through the architecture of the Grand Theater as the lightness from the clouds reflects off the structure giving it a dream-like essence. 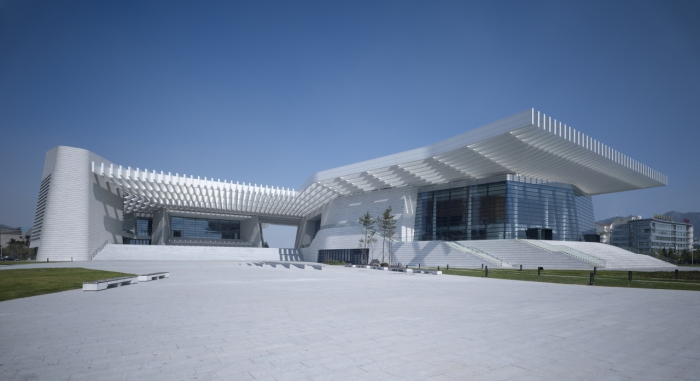 The theater rises from the landscape like a mountain and consists of four buildings, the scale of which is better seen through the plan drawing rather than the actual photographs in order to fully appreciate how massive some of the spaces are. The buildings contain an opera house, concert hall, media and conference center and hotel. Connecting the buildings is a woven cloud-like roof that follows the shape and curves of each structure, containing strong lines to lead the visitor through the theater, while also feeling light and airy. The walls and floor are clad with a local stone once again highlighting the relationship between the theater and its surroundings. 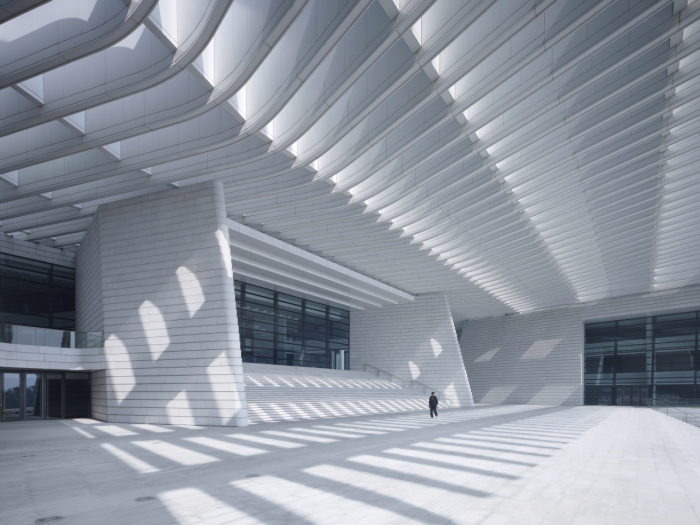 In conjunction with creating an open cloud-like feeling to the theater, flexibility was also important. The interior had to be designed to accommodate multiple functions and take into account the wide variety of performances that would be occurring there. Even the way the audience can enter the space varies, as there are two levels of access, one via the lower level and the other through the main foyer. The open terraces offer a place of social interaction and help to gradually take the visitor from outside to inside, and vise versa, appealing to the whimsy nature of the structure. From an architectural standpoint, this theater appears to be successful in achieving an affinity between the building and the mountain as well as retaining its own solidarity. 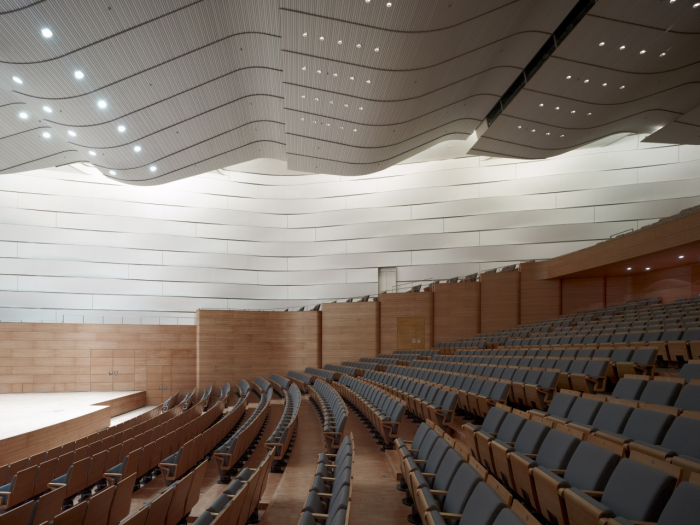