KPF transformed an existing surface parking lot into a mixed-use development within Greenwich Village of Manhattan that received an AIA Honor Award. Considering the neighborhood fabric the design for One Jackson Square literally reflects its surroundings through its glazed facade and incorporates sustainable practices including green roofs and rainwater harvesting. This project has received numerous awards for its integrated design including SARA/NY Urban Contextual Award (2010), NY Construction Award of Merit (2010); Chicago Athenaeum/Europe American Architecture Award (2010); AIA NY State Award of Merit (2010), and the MIPIM AR Future Project Awards Commendation (2007). Located in Manhattan’s Greenwich Village, One Jackson Square is a 35-unit luxury residential development that responds in dramatic fashion to its celebrated locale. This historic district is home to the highest concentration of early architecture in New York City, and introducing new structures to this intricate fabric must respect its existing architecture, the artistic life within its boundaries, and the history that permeates its streets. The district, however, is not frozen in time, as its recent transformation into an affluent enclave has demonstrated. 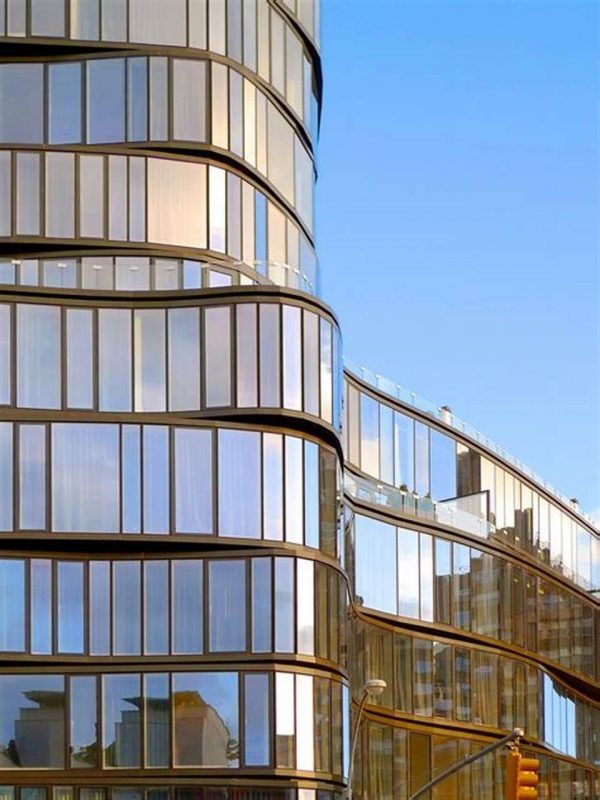 Formerly a surface parking lot, the six-sided, split-zone site above two subway tunnels poses significant challenges, which the design negotiates through its massing, material expression, and robust foundation. It also provides a long-missing north edge to Jackson Square Park, a wedge-shaped space formed by the convergence of Greenwich and Eighth Avenues. The building volume steps down from 11 stories to seven stories, from north to south, accommodating the zoning laws and mediating the varied scales of the neighborhood. Undulating bands of glass identify individual floors, creating a ribbon-like series of convexities and concavities along the street wall. The predominantly masonry structures of the immediate surroundings, along with the park, are “played back” in the glazed façade, creating an intimacy of scale congruent with the local context through juxtaposition. The fluid form of the façade is reprised in the lobby, where a bamboo-clad volume is conceived as a block of wood eroded over time by the ebb and flow of residents, much like a river erodes its banks. A series of green roofs extends the private realm of the building into the public domain of the park. The planted decks also signal the project’s environmental agenda, which includes sustainable materials, rainwater harvesting, and daylighting. Born from the idiosyncrasies, scale, and spirit of the neighborhood, One Jackson Square sets a new standard for exceptional additions to the district’s historic fabric. 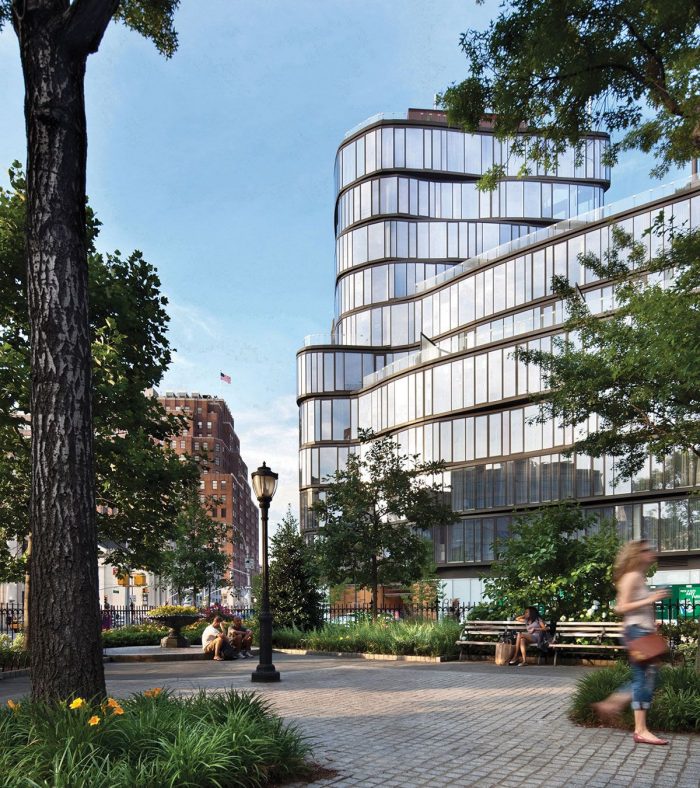