Humans always have their many interesting stories to tell, but buildings have much more than that. They have the countless stories of generations of humans along with their own. Those stories teach us about the history of the world, the nature of humans, and the cycle of life. In this article, we relay some of these stories to you, with all the humor, the irony, and the regret, behind the world famous buildings.

READ MORE:
Piercing the Sky - What is the Tallest Building in the World?

What is The Most Popular Building in The World? ‘Stories of The World Famous Buildings’

If you are an architect then you, definitely, know the ancient Greek Temple for being the image of architectural perfection, and if you are not an architect, then you are at least familiar with that distinct grandeur of the Greek temple and its connection to the widely popular Greek Mythology. The temple which was dedicated to Athena, the Greek Goddess of wisdom, has been living for, almost, 2,500 years now and it has a lot to tell. Its first turning point was when it got converted into a Christian church during the Byzantine rule. The church became a Catholic; then it was returned to the Orthodox during the Ottoman Empire rule before it was made into a mosque. While all the wars and raids have taken their toll on the aging structure, it could remain intact. The biggest destruction it faced, during its lifespan, was two centuries later, during the siege on Athens in the Great Turkish War. The temple, at the time, was used for the storage of Gunpowder, by the Turks, so when the Venetians led by Morosini directly hit the ancient temple by a cannon shot, the destruction was massive. The temple lost its roof and many of its walls, columns, and sculptures. It remained in its torn down state for more than 300 years, before the Greek government started working on its restoration along with other monuments in the Acropolis in 1983. The restoration work was successfully completed in 2010. 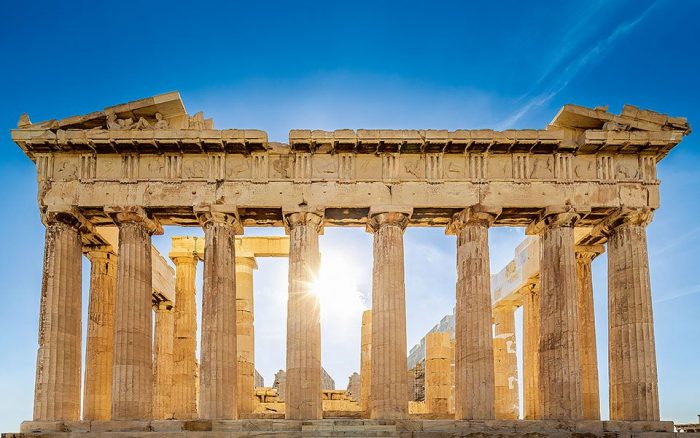 In his wonderful book, The Secret Lives of Buildings, Edward Hollis says “Venice is a transfigured Constantinople; but Constantinople was a transfigured Rome once upon a time, and Rome was a transfigured Greece before that.” In the dark ages, stealing and reusing parts from old buildings was a common practice. However, in the case of St. Mark’s Basilica, it was more than just walls and antiques, it was St. Mark himself.
St. Mark the Evangelist was a preacher in North Africa and the founder of the Church of Alexandria. His body was kept in a sanctuary in Alexandria for 7 centuries until two merchants from Venice stole it. On the pretense of saving the apostle’s body from the Muslim Arab governor, the merchants sneaked out the body by hiding it under pork meat. On their trip back to Venice, they were saved from drowning by the “miracle” of St. Mark appearing to the captain and telling him to lower the sail, saving them from the storm. The body of St. Mark was finally welcomed to Venice, and an order was issued to build a new basilica, beside the Doge’s Palace, carrying the name of St. Mark to shelter his dead body. This whole story was recorded on a Mosaic that can be found above the left door of the Basilica.
You might, also, be interested in the fact that St. Mark’s Basilica, as we know it, was the third one built in the same location. The first one was caught in a fire that started in the adjacent Doge’s palace, and so it was replaced be a second one; the third one, which remains to this day, is believed to have been constructed in 1063. 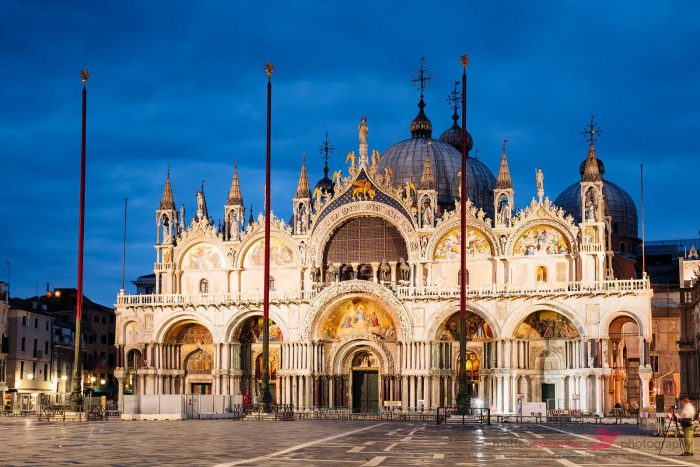 Did you know that Paris’s international landmark has not always been so popular? But now considered one of the famous buildings. Built as an entrance to the 1889 World Fair in the 100th anniversary of the French revolution, the all-steel structure seemed to rise oddly in an all classic Paris. It was heartily disliked by Parisian intellects and artists who signed that manifesto: “We, writers, painters, sculptors, architects, passionate lovers of the beauty, until now intact, of Paris, hereby protest with all our might, with all our indignation, in the name of French taste gone unrecognized, in the name of French art and history under threat, against the construction, in the very heart of our capital, of the useless and monstrous Eiffel Tower.” However, the famous structure, currently considered as a symbol of romance, survived all the hate. Though it was initially intended to be demolished after the exposition, it was, instead, used as a giant radio antenna, and it remained the world’s highest structure for 40 years 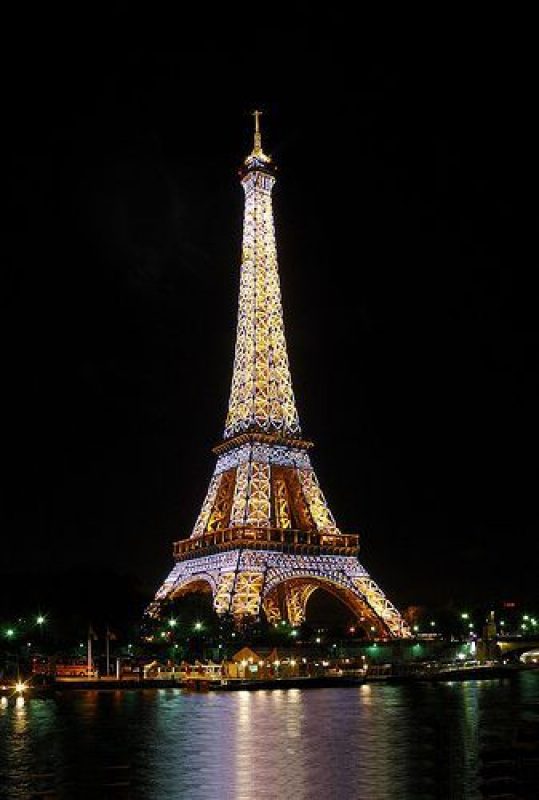 Morningside Heights, in the north of Manhattan, has not always been home for the campus of Columbia University. It was first located in Park Place before moving north to 49th street and, then, moving finally to Morningside Heights in 1896. Columbia University did not move to a vacant land plot, though. It replaced Bloomingdale Insane Asylum, the first mental facility in the United States. An elegant classic building stood in place of Columbia’s Low Library now. It hosted up to 200 patients and was surrounded by vast green gardens viewing the Hudson and Harlem rivers. However, with the city’s development approaching the north, the asylum could keep its peace no more, and it moved to White Plains under a different name. Now, you can still find a remnant of the asylum on the grounds of Columbia University; Macey Villa which is currently known now as Buell Hall. Bloomingdale’s latest building was intended for the wealthy elite patients. In spite of the prior plans to demolish it, the red-brick building still stands up to this day, keeping its distinctive style and all its parts but for a wooden porch. 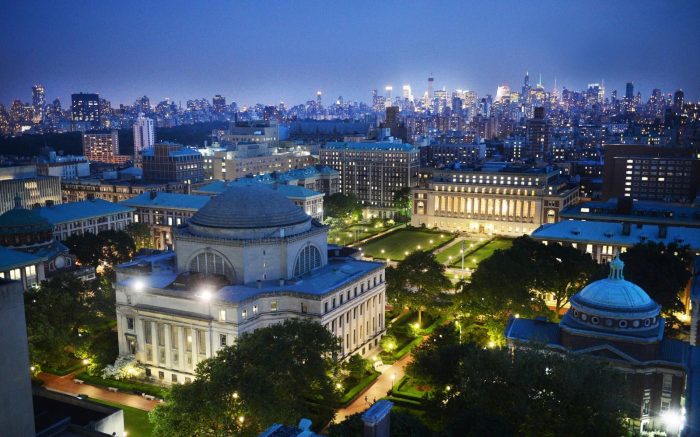 “London Bridge is falling down, my fair lady.” The famous nursery rhyme dating back to the 18th century is partially based on true events. The historically famous London Bridge, over the River Thames, has been repaired, demolished, and rebuilt multiple times ever since the Roman Empire rule. The structure systems would not take the increasing numbers of pedestrians, and later on vehicles, so it kept getting repaired, and sometimes replaced. The last time was in 1967 when the City of London sold the bridge, which was sinking bit by bit, to Robert P. McCulloch, the founder of Lake Havasu City, in Arizona, USA, to be its defining landmark.
Another interesting fact about London Bridge is that it is widely confused with Tower Bridge, another bridge across the Thames, which was constructed in the late 19th century and is well known for its Gothic Revival twin towers connected by a pedestrian path. There was even that funny rumor that the American buyer of London Bridge thought he was buying the Tower Bridge with its two remarkable towers. However, the rumor was proved wrong by London’s City Council and the buyer himself. 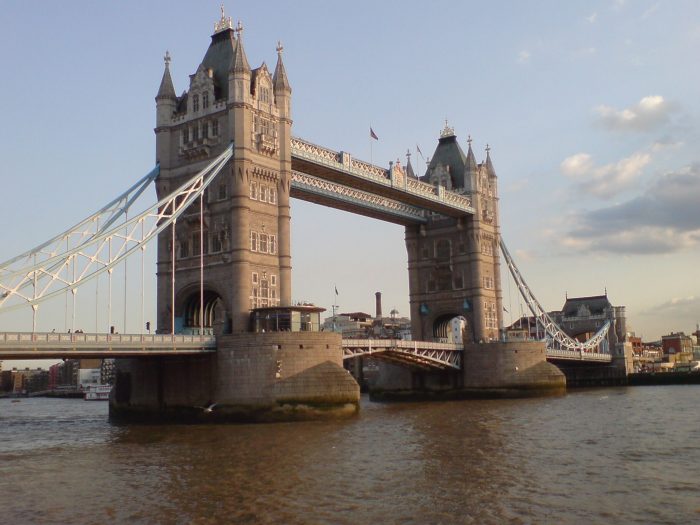 Not far from London Bridge, the Shard, formerly known as London Bridge Tower, is the UK’s highest building, standing 309.6m high. It was designed by the Italian architect, Renzo Piano, replacing the 34-year-old Southwark Towers, which is approximately quarter the height of the new building. The Shard was complete in 2012. It has 72 habitable floors and an observation deck view London, which was open to the public in 2013. Moving to the interesting part of the story, the Shard may seem like the expressive original name of London’s highest building, but truth is the name just happened by accident.

When talked into designing a tall building at London’s major transportation hub, Piano, initially, disliked the idea but then he went on sketching a spire-like form rising from the River Thames on the back of a napkin in a restaurant. Piano’s design was inspired by the adjacent railway lines, masts of sailing ships, and Canaletto’s London spires. So, where does the “shard” come in all this? No, it was not Piano’s idea for his building. It was the English Heritage organization that started the whole thing by objecting to Piano’s tower and claiming it would be “a shard of glass through the heart of historic London,” and because of the tower, actually, resembles a shard, we had a name. 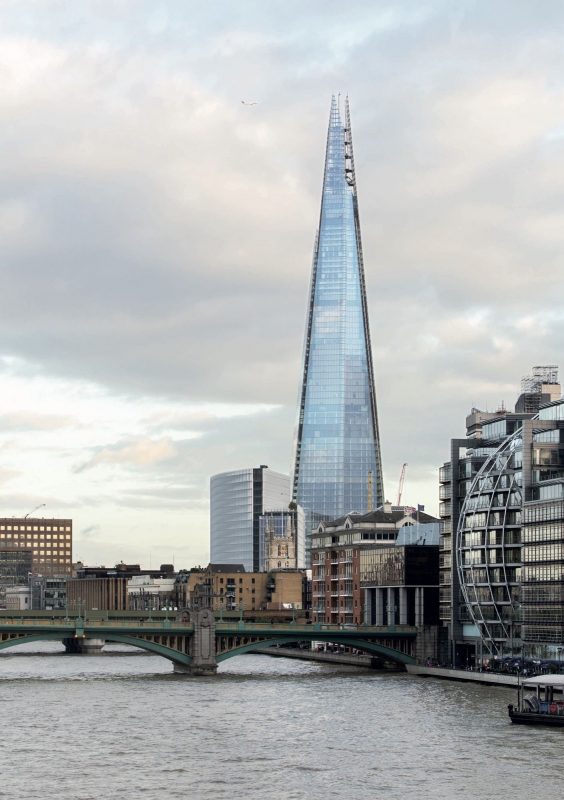