When I visited the National Building Museum in DC I noticed the large empty space at the center of the museum. While surrounded by wonderful decoration, giant Corinthian columns, and an interior arcade, which still left the overall feel of the space as large and empty. Commissioned by the museum BIG Architects developed a unique and playful addition to the National Building Museum… IT’S A MAZE! The maze creates a great public amenity while providing a use to the large space at the museum. The maze was designed to curate a grand reveal that celebrates the architecture of the museum itself showing the surrounding interior arcade and the giant columns. As always BIG produced great diagrams to show the design intents of the maze. By extruding the shape of the maze BIG created 18′ wooden walls that would compress the occupant at the start of the maze then open up more and more as one navigates through. This builds on the anticipation of the grand reveal when reaching the center that gives the occupant a 365º view of the ornately decorated columns and arcade surrounding the area. 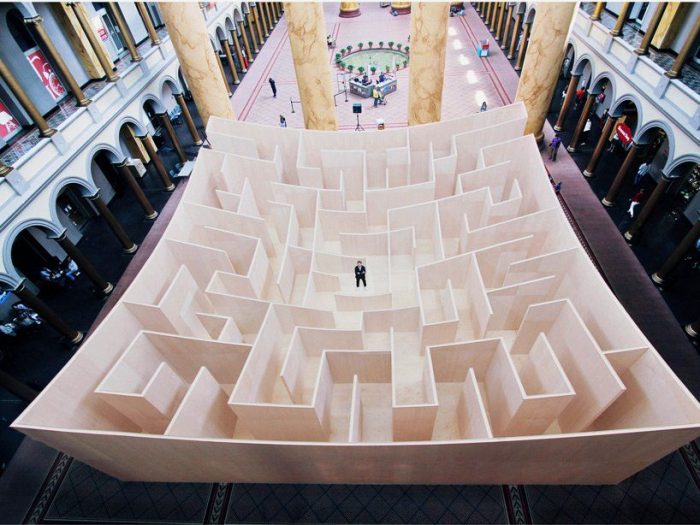 Against LEED : Does LEED matter anymore?