1978 saw a fire that burned down Ant Farm’s Studio and Archives. Founded in San Francisco, in the late 1960s by Chip Lord and Doug Michels, Ant Farm was a leading practice in the fields of Environmental Design, Architecture, and, Graphics Art. The very popular firm liked to acknowledge its work by calling itself an “art agency that promotes ideas that have no commercial potential, but which we think are important vehicles of cultural introspection.” Three of its most remembered works include the house of the century, the dolphin embassy, and the convention city. For this year’s Chicago Architecture Biennial, WORKac joined forces with Ant Farm’s Chip Lords and Curtis Schreier to recreate their lost archives, choosing the above-mentioned projects as their starting point. New drawings have been created inspired by the older ones. “I taught studio with Chip Lord a few times, and in the back of our minds, we always had the idea to try and do something together,” Dan Wood, partner at WORKac, explained how he always liked Ant Farm and the idea of them together. The designers came upon the idea of a “Floating City” which bore resemblance to all the three projects in one way or another. 3-C City, as it is known, is independent of any government or political demarcations, i.e., it belongs to no country. The three C’s stand for climate, convention, and cruise. It is supposedly a City built to accommodate people and other species amidst a healthy atmosphere of debate and discussion between them. It is a “vehicle of dreams” along with a research lab and a conference center. 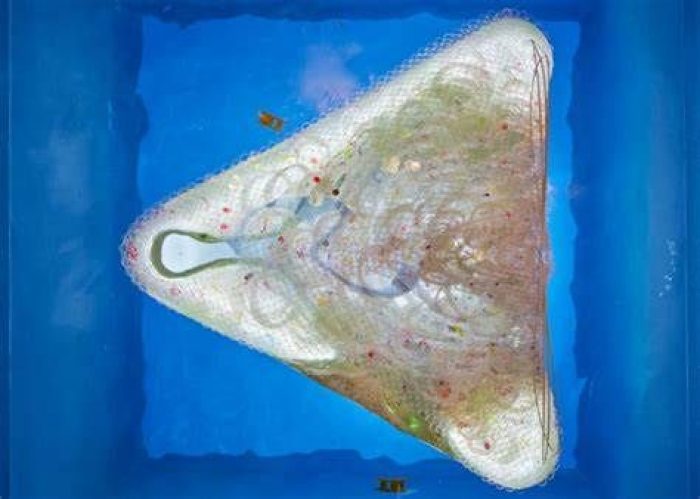 “The idea is that it’s a floating city not bound by any national borders. People can come together to live in a different way and discuss important issues of the day.” Inflatable Spaces along with the perimeter form the residential zone, interspersed with large vertical cuts through the floor plate serving as public dining areas, or, collective meeting places. The interior spaces have been very aptly described as “interior landscape of participation that includes not only people but also dolphins and whales that can participate in the discussion.” Voids have been used as a means of connectivity among spaces. Solar panel shingles, greenhouses and gardens, an algae farm for bio-fuel, and a water-collection river form the details of the design and serves the basic needs for all living there. “Ant Farm had this famous Truckstop Network, which was about America connected by highways,” explains Wood, “This kind of blows that up to the global scale.” The installation features drawings, videos, and a model of the floating city, a major attraction at the Biennial. ‘3.C. city proposes a new symbiosis between ecology and infrastructure, public and private, the individual and the collective,’- WORKac