The proposal by UNStudio for the Dubai Museum of Middle Eastern Art is a futuristically formed volume which speaks strongly of edifice and line. The fluid lines of the facade emerge from the building’s two visually strong end facades to flow across the long ends, bringing a strong horizontal motif to the design. 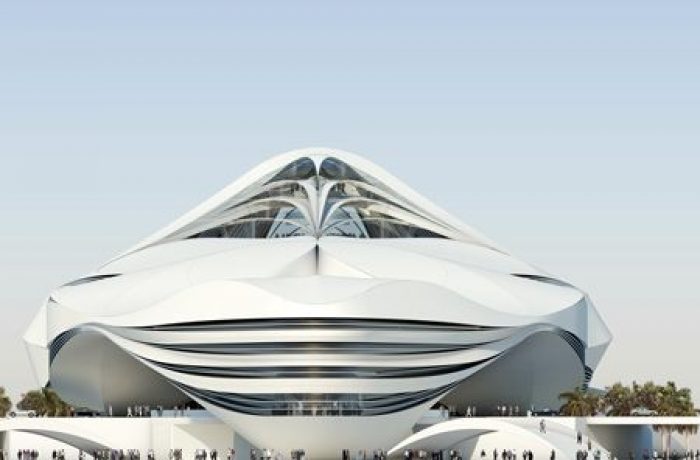 These lines separate and rejoin to create pockets of window which are fully integrated within the building form. The skin seperates to form louvres of sorts to provide adequate shading from direct light for the works featured inside. 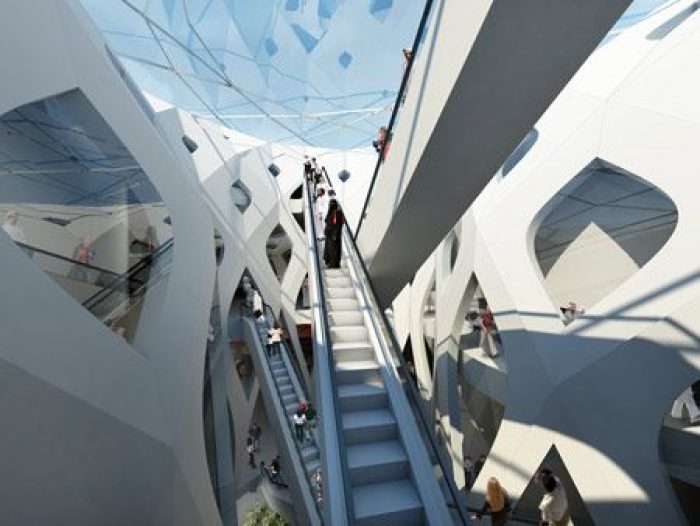 The main volume lifts up at a pinching point near what can be called the tail end to create a sheltered vista for public gathering overlooking the nearby river. Inside, the scheme is a bit more calm and muted, to provide an appropriate backdrop for the artworks on display. Long span whitewashed ceilings span over the exhibits with lighting intelligently incorporated into slips set directly into the ceiling surface. 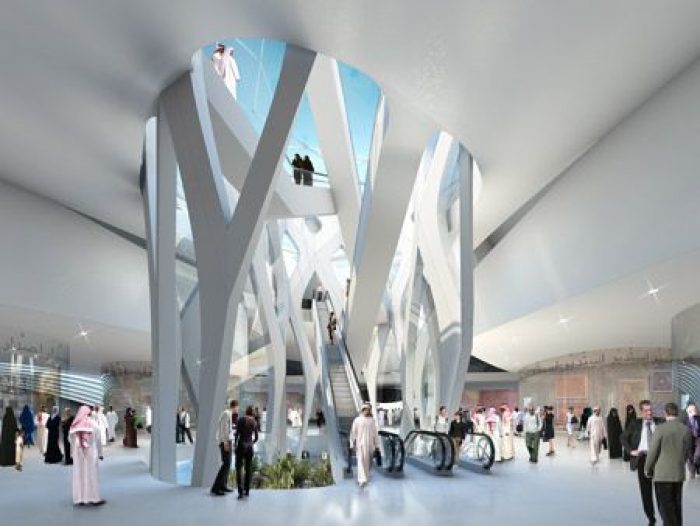 A grand interior plaza provides access to the building’s exhibition spaces through a iconic and equally expressive central stair.