All You Need to Know About Cross Laminated Timber CLT 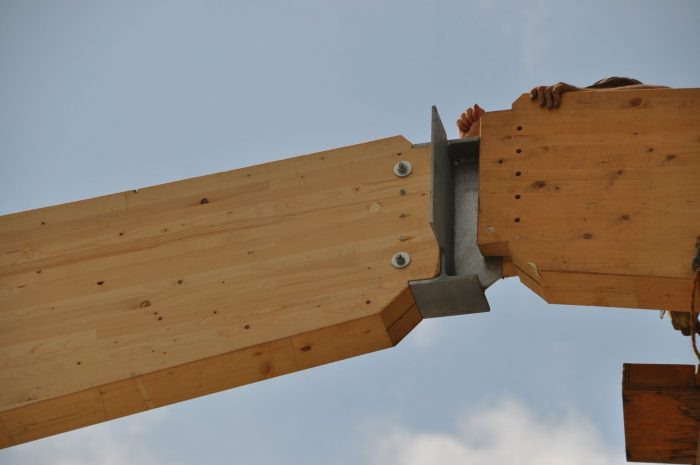 If you have been checking recent timber-based construction projects, then you have probably come upon this acronym a few times: “CLT”. These three letters stand for “Cross Laminated Timber” which is an engineered-wood product that promises to take wood-based construction to a whole new level. Cross-laminated timber first emerged in Europe, and then it gained popularity in the US and other locations. The material has proved efficient for use in various building typologies, ranging from low to high-rises. Furthermore, it has shown competency in the matters of strength, speed, and cost, compared to both concrete and steel. However, the CLT’s main attraction lies in the fact that it is a sustainable construction material, and that, most of all, gives it an edge above other reliable construction materials. So, here we try to answer all your questions about this material, on the rise and tell you what you need to know.

Cross-laminated timber first made an appearance in Europe, particularly in Austria and Germany, in the early 1990s. Then, in the mid-1990s, a joint research was conducted in Austria and resulted in the production of CLT in its modern form.

How is cross-laminated timber made?

Cross-laminated timber is manufactured mainly from Spruce, but it may include a percentage of Pine or Larch, and possibly hardwood. In the factory:

The size of cross-laminated timber panels is restricted in width to the size of the manufacturing machinery and in length to the mean of transportation used. However, mostly, the width of the panel can be 3.5 meters and the length is typically 13.5 meters but can reach up to 22 meters.

What is cross-laminated timber used for?

Ever since its development, CLT has been found handy for various construction applications. CLT Panels can be used for walls, floors, and roofs in both load-bearing and non-load-bearing structures.

The material was initially utilized for the construction of low and mid-rises, but in the few recent years, it has become a trendy option for high-rises, reaching up to 30 floors so far. It has verified itself as a fine substitute for concrete and steel, due to its strength to weight ratio.

The past couple of years have witnessed multiple proposals for skyscrapers constructed, mainly, from cross-laminated timber by renowned architecture firms. However, none of these proposals has been turned into a reality up to this moment.

Why use Cross Laminated Timber?

The advantages of cross-laminated timber over other engineered wood-based materials are numerous. CLT has even proved superior to the world’s current top two construction materials, concrete, and steel. Here are some of these advantages:

Here is a selection of three standing architectural projects in which cross-laminated timber is utilized in different forms and for various building typologies.

The multi-sport court of La Tourelle Secondary school was designed by Paris-based ECDM Architects in 2005. The court is included within a structure of successive arched cross-laminated timber frames and thin perpendicular ribs which intersect with the arches and hold them together. The entire structure is covered with a translucent material to diffuse the light without contrasting with the wood. 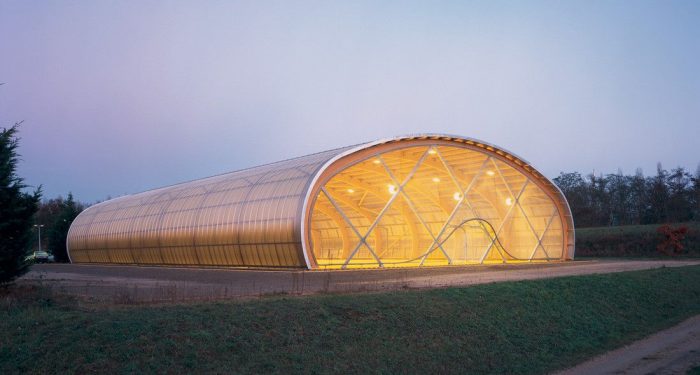 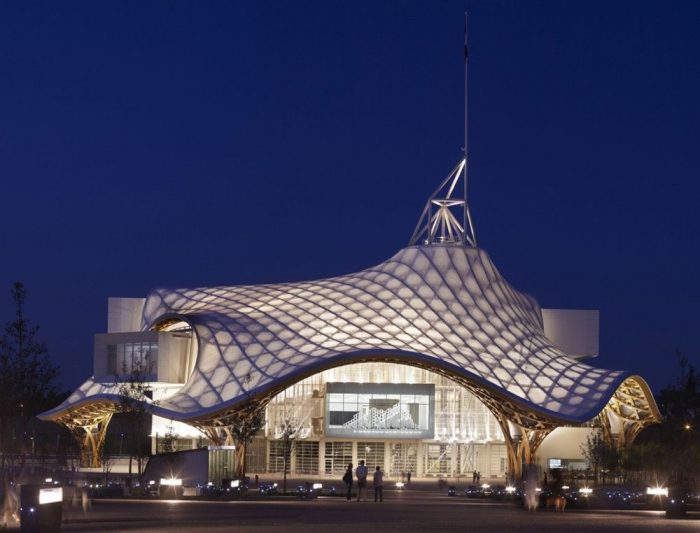 The modern and contemporary and modern art museum in Metz was designed by Japanese architect Shigeru Ban who is known for his superior work with wood. The museum is composed of separate volumes, all sheltered under a hexagonal cross-laminated timber roof. The roof comprises a grid of hexagons and equilateral triangles. The timber members, which form the grid, overlap at the intersections; no mechanical metal joints are used. 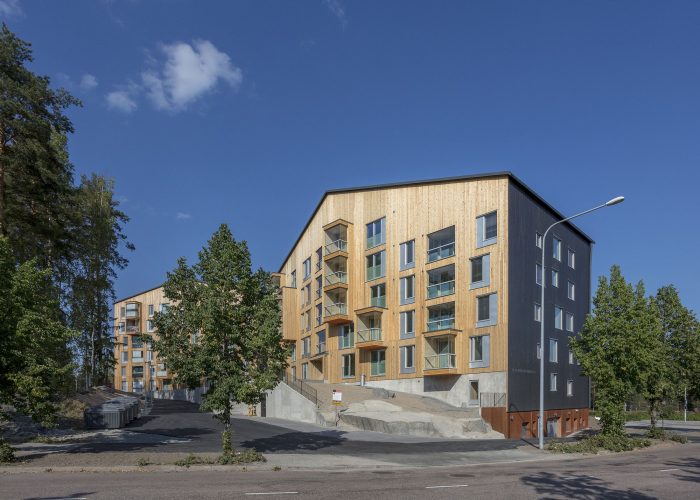 The 8-storey cross-laminated timber block is the first of its kind in Finland, designed by OOPEAA. The block is one of three planned buildings for the Puukuokka apartment complex, and it is composed of prefabricated cross-laminated timber units. The courtyard façade of the building features larch wood in its natural color, while the street façade is painted in dark-gray.

Here is a collection of news and planned projects which feature Cross-laminated timber as a main structural material or an interior finishing material.