his project brings together in a compact housing complex a mix of programs for people of varying ages that cover all stages of life: school groups, gym, family housing, student residence and retirement home. It is, therefore, to contribute in the process of making this city fragment, to establish the spatial and functional structures to develop common practices while preserving individual freedom.

Each program has a strategic position in order to enhance the urban structure set up in the urban plan, articulating the project with the surrounding programs and maximize the sunshine and the views of the different spaces.The overall morphology of the island is designed to open and permeable, thus contributing to the identity of the neighborhood and liberating vistas of the city. The heart of the block organized around the school grounds, a sensitive and available universe where programs meet. He does not apprehend the outset in its entirety but is revealed in the manner of a landscape.

This bias, as well as work for four hands (Bridge Workshop + TVK), open up the possibility of singling each program in order to identify the character in one coherent structure. An assembly scholar of architectural forms set tensions and sculpted to create a mixed urban landscape, a link between generations. 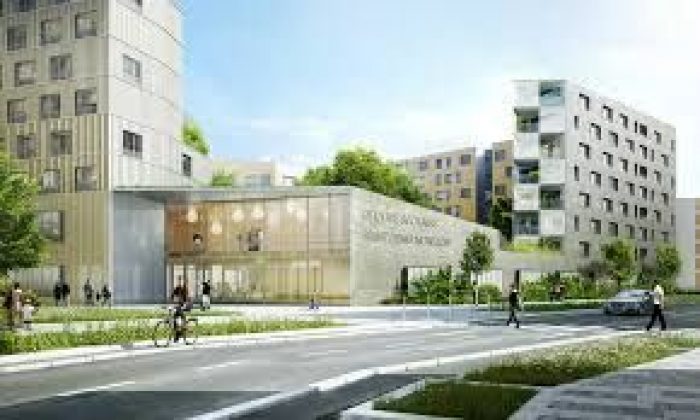