Tadao Ando is that one architect whom you can’t get enough of. Students idolize him, professors invariably discuss him, and he’s received the biggest of awards without an actual degree that Chicago’s Wrightwood 659, a dedicated place to celebrating architecture, Celebrated Le Corbusier and Tadao Ando in the opening show. So here’s a list of 12 reasons why you’ll never be as cool as the man who brought light to shadows:

Tadao Ando has a twin brother:

He has a twin brother named Takao Kitayama, born minutes before him. They were separated after two years, and his brother was raised by the parents. Takao Kitayama is now a successful businessman. 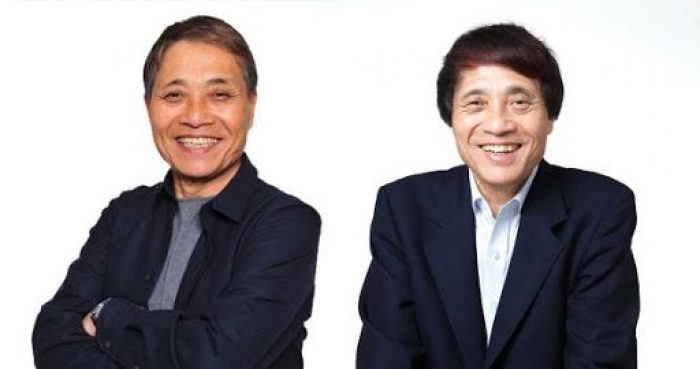 “This is my house” says Osaka’s most famous architect-Tadao Ando:

Tadao Ando’s first project was a house for a couple with one child. But as the house neared completion, the couple discovered they were expecting twins. The original plan was now too small for a family of five. The couple joked that because Ando has a twin brother, he brought them the same fate. Finally, Ando decided to transform that into his office-space. Today its stands 5-storeys tall, sheer concrete with no elevator, yet an architect’s haven. This building in Osaka might not be considered his “home” but it is definitely his house as he has always mentioned. 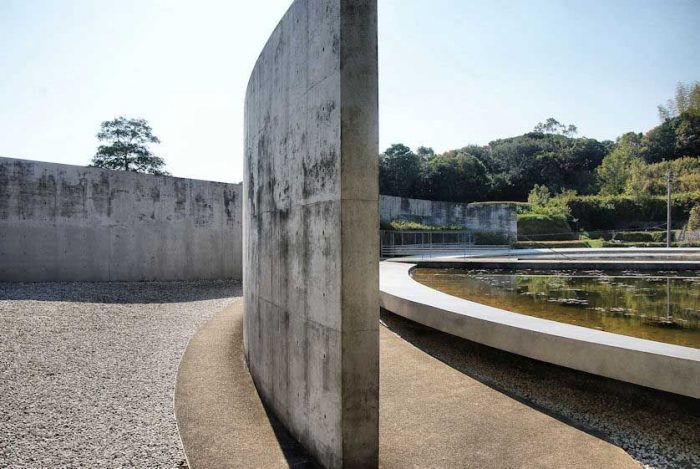 Tadao Ando always finished every assignment in school each day, and never ever brought homework home.
His grandmother taught him to be adamant about his beliefs as long as there was logic in them. And look where exercising that simple strategy has brought him today.

When he was 14 years old, Tadao Ando happened to see a young carpenter working so relentlessly on renovating the house, that he even missed his meal. Struck by his attitude and commitment to the job, Ando’s interest in architecture was suddenly lit.

Tadao Ando didn’t have great grades in school to get into Architecture as a course.   Hence he borrowed discarded architecture books from his seniors and managed to learn within one year, what everyone else studied in 5 years. He did not intern with architects as he was constantly fired for “stubbornness and temper.” 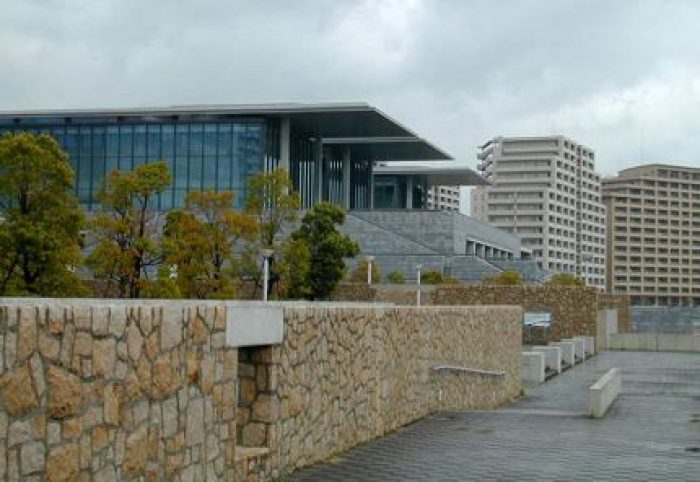 “Thanks to a couple of eccentric characters who showed an interest in someone with no academic training, I designed a Nightclub’s interior at the age of 18. Since then, my practice has evolved through trial and error.”

Tadao Ando uses his own recipe of concrete – ‘Ando Concrete’.

He explains that it must be a perfect balance of steel bars, the water, the sand, and aggregate. The bars are placed at an equal distance, hence the holes. And the mix shouldn’t be runny—it should be viscous. Now you know the secret behind that smooth-silky signature finish.

“Every time I go to the construction site, I take a photograph of every worker. It’s a symbol that we’re all working together with a shared goal. It’s very important for me that everyone feels that way.” Faith in humanity restored.

The Polygrand theatre in Shanghai – Courtesy of Tadao Ando

Tadao Andos’ style is famously known as Critical Regionalism. It’s a touchy middle ground between Modernism and Post Modernism, reflecting the culture of a region through its design and materials where aesthetic ornamentation is only applied in a meaningful way. 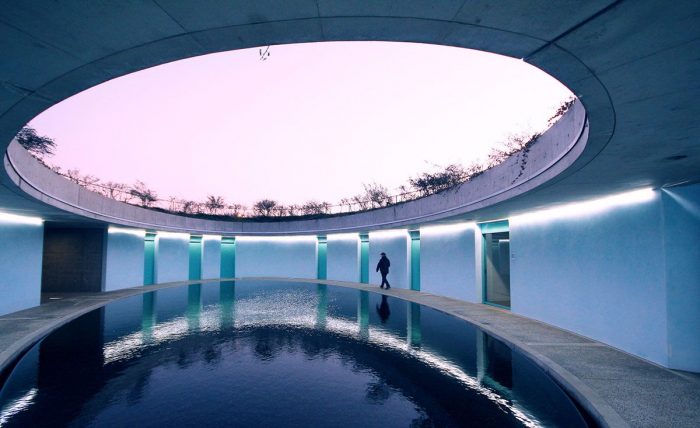 Ando initiated the Momo-Kaki Orphans Fund in 1995, to gather donations for the education of the children who lost their families to the Great earthquake and tsunami. He believes that we are all in it together, a huge family whose responsibility is to care for each other. This is what makes us human.

Bono of U2 once called Tadao Ando the “World Heavyweight Champion of Concrete” before a speech to be delivered by Ando in Ireland. 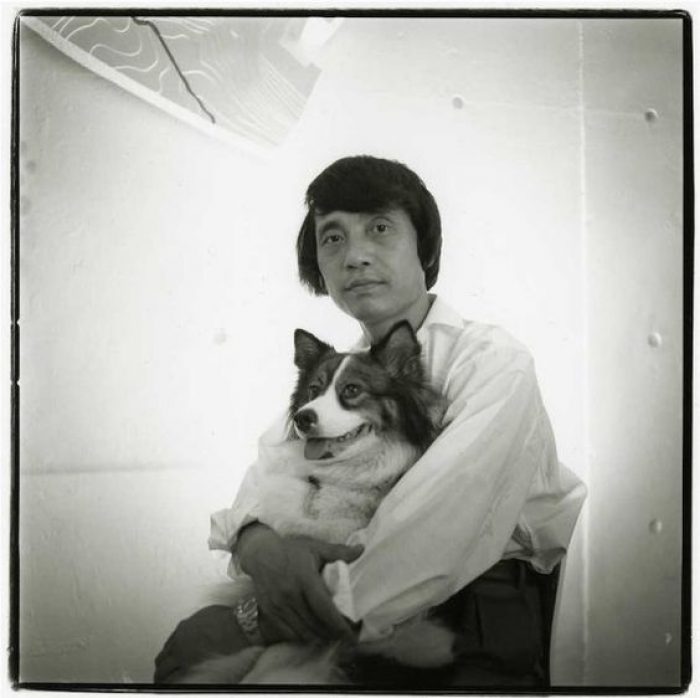