With a gracious curving roofline and fluid form, the new Dance and Music Center in The Hague is another interesting design by the world-renowned Zaha Hadid Architects. Nestled within the city skyline, the center has a total building area of 48000 square meters as well as underground car parking. 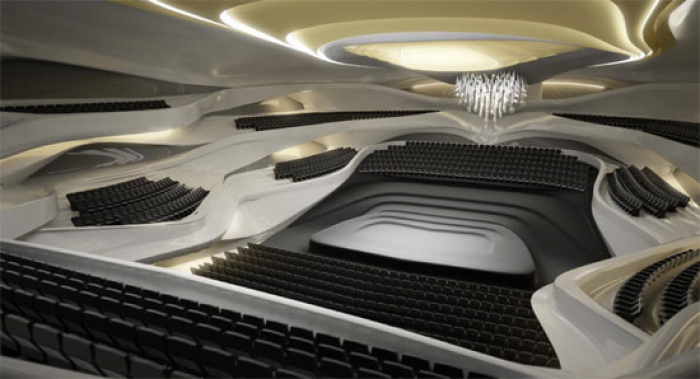 The singular building is designed to house four major institutions including the Royal Conservatory, the Netherlands Dance Theatre, the Residential Orchestra, and the center’s Guest Programming.

The exterior façade of the structure has a playful language, giving it an appearance of a fluid force field, created by horizontal louvers. This design feature helps to articulate public circulation, the foyers, and the sculpted inner atrium while allowing visual connections outside to the square. The development of the exterior appearance was generated from the unique urban dynamics of the site, giving the structure its subtle volumetric gestures that appear to move when graced by light and shadow throughout the day, resembling an optical illusion. 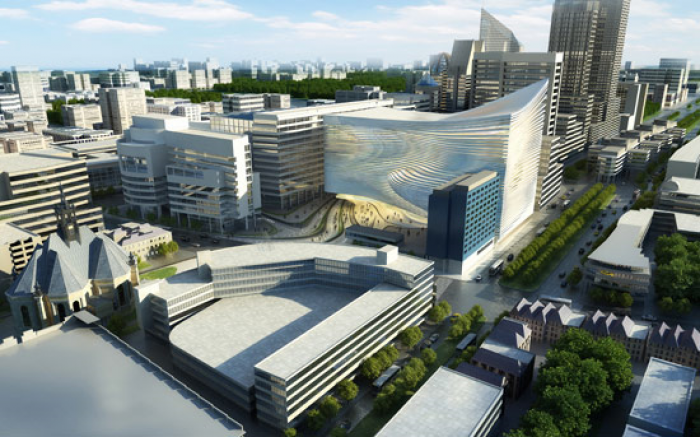