Designing buildings is something architects may consider to be easier than furniture design. The desire to design everyday objects into a highly personalized and unique manner is a challenge some of the world’s renowned architects have decided to take on.

Taking a peek at the structure, form, aesthetics, as well as performance, we’ve selected some of our favorites designs so far.

Creating a piece of furniture for royalty at the time when many others were thinking of designing things for the “common man” was something only Ludwig Mies van der Rohe could do. The idea of the chair was taken from the Roman aristocrats chairs called the Curule Chair, and it requires much more hand craftsmanship then normal chairs. 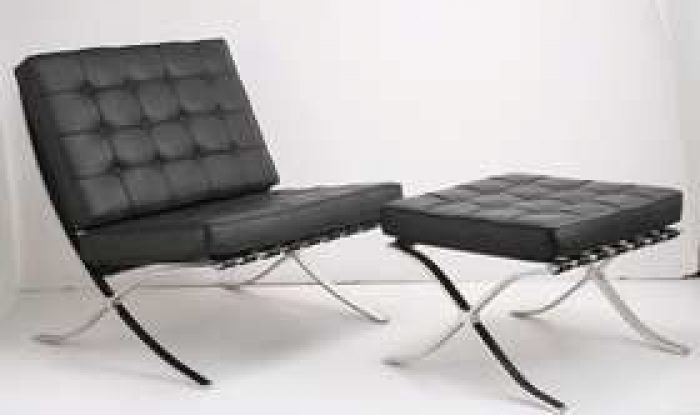 Frank Gehry always had a keen interest in the industrial materials such as plywood and corrugated metal,  which can be seen in his early projects like the Wiggle Chair, but he was always fascinated by the idea off the rocking chair, which he designed accordingly to his own style.

The Ball Chair more commonly known as the globe chair due to its shape and famous for its unconventional shape was designed in 1963. The idea came from a random drawing of the architect for designing a big chair which would not only serve as a showpiece but at the same time be used physically. 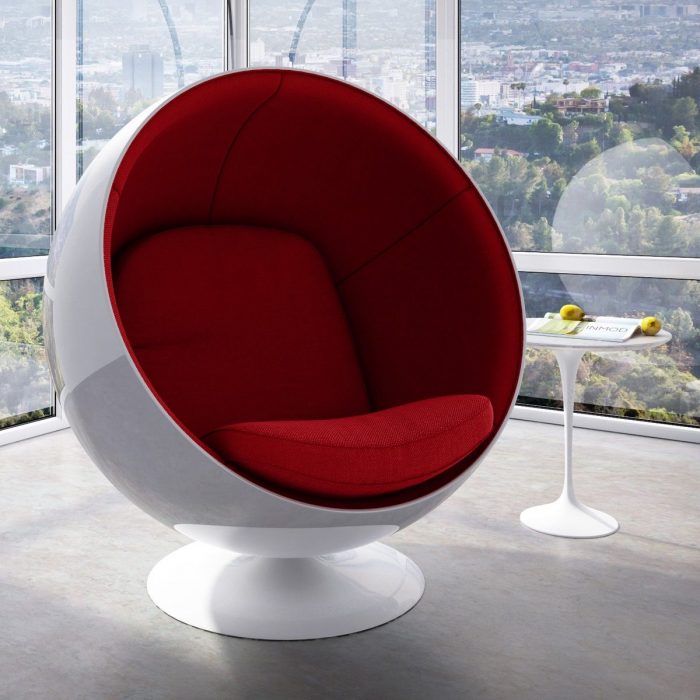 4. Rem Koolhaas – Edge of the Seat

Being tall has a lot of benefits, but at the end of the day, everyone needs to have a comfortable chair to sit on, which is why the 6 foot 3″ architect designed the adjustable chair and table. Due to his height, the chairs were always a problem that made him sit down and think about the idea of designing a chair and table which can be allowed to move up according to the requirements of the user. 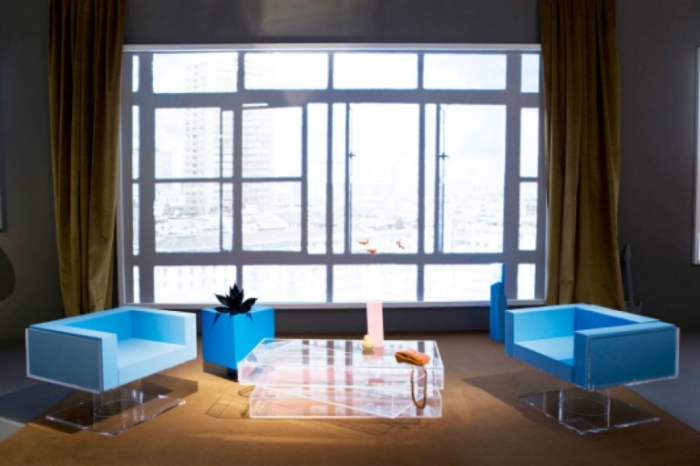 The idea of using three horizontal shelves on top of each other which can then be rearranged according to the requirements of the user was something Rem Koolhaas was thinking about for a long time. The concept of making the shelves act as a sofa was practical, as he only focused on the performance of the product rather than the aesthetics. 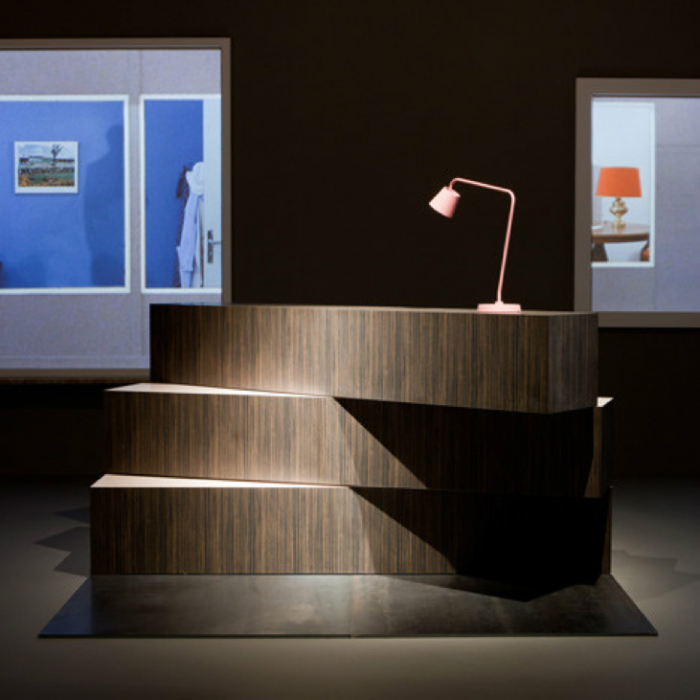 The connection of void and solid, when the void is defining the structure as much as the solid, is something that evolved from an architectural experiment. The design created two horizontal planes which depict the form and surface as much as structure and ground. The voids don’t only act as holes but rather they define their own surface. 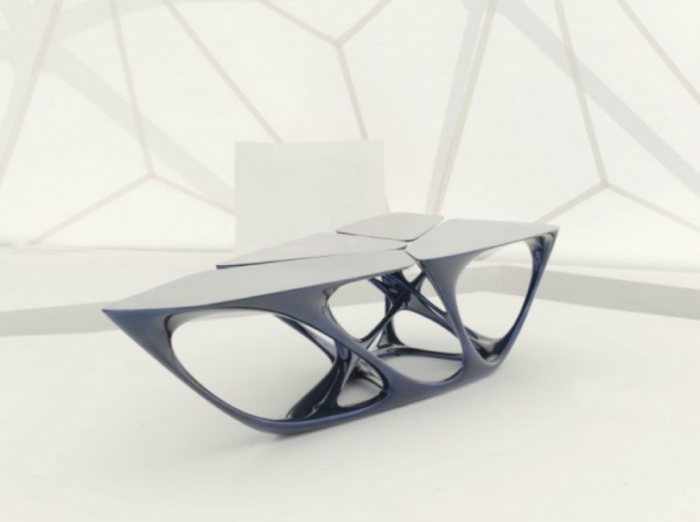 The way the designer combines concrete and color is quite unique. The layers of rainbow-colored sheets were tossed in the air and piled on each other at random to give this form. 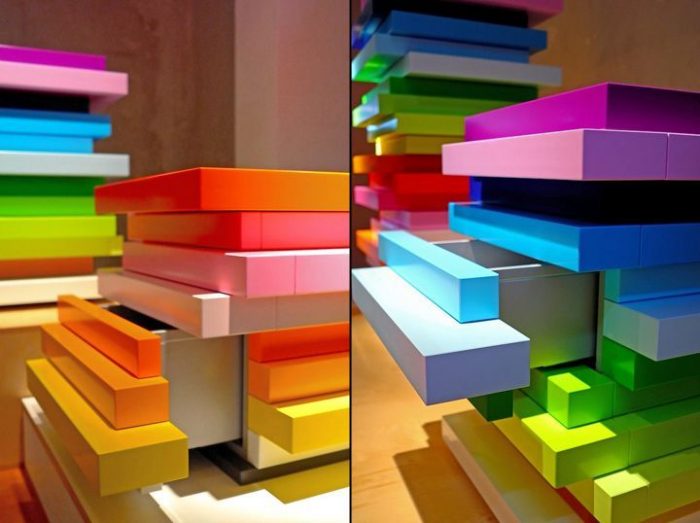 Setting up an asymmetric frame, the single surface body of the curves towards the floor on one side and arches upwards to from both an arm and backrest on the other. This shape offers the user the possibility to sit in a variety of positions and directions depending on the mood. 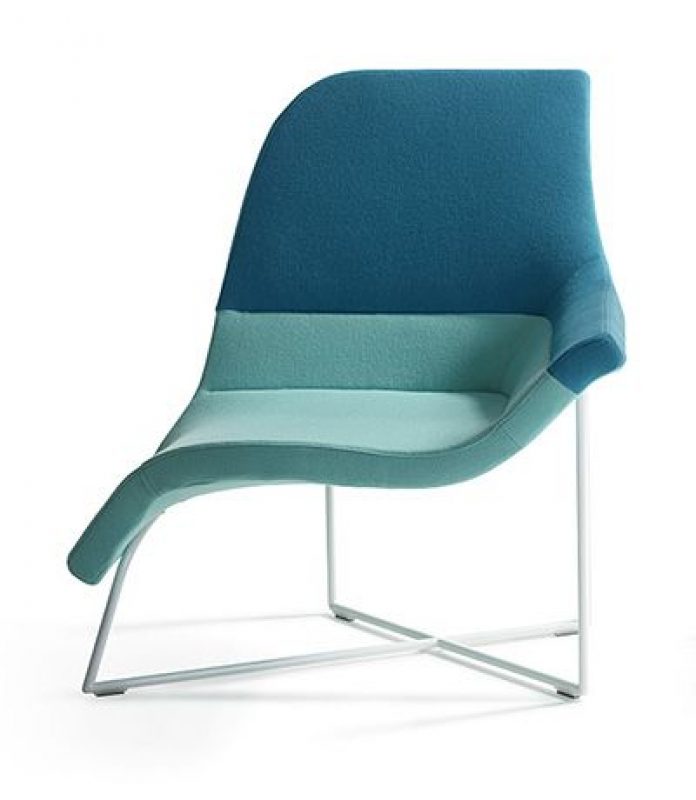 The approach of industrial products is different than the normal architectural projects, where the designers decide to figure out how to make the chair a part of the environment. The concept of My Lounge Chair no recreates the feeling you get when relaxing after a hard day’s work. 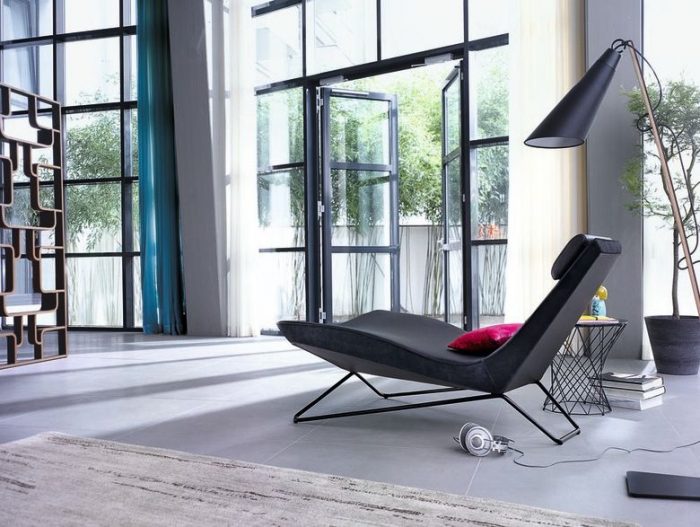 People interact with each other in a variety of ways, whereas the SitTable looks to expand that horizon with much ease, creating an unconventional place. 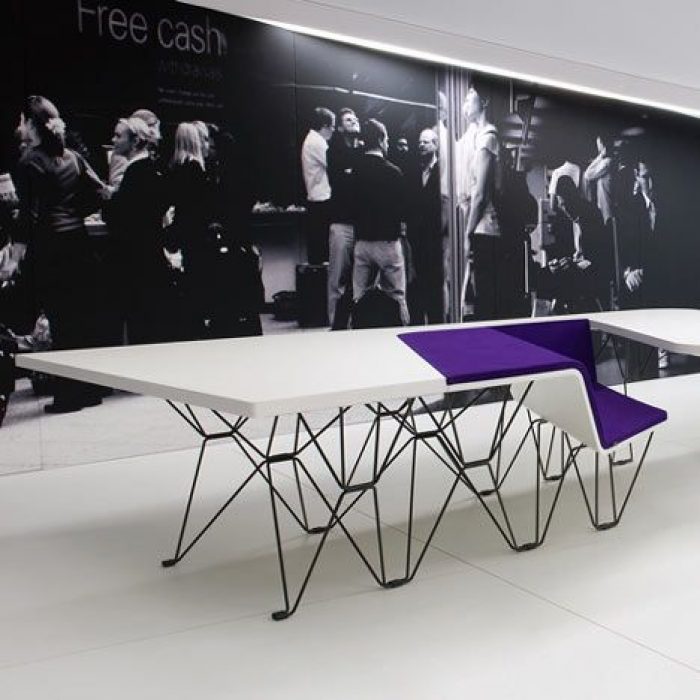 A seating system based on modular setting and a lot of extra parts which allows for a variety of possibilities. Fat Tony is very flexible in use,  it can be placed anywhere in the house, and also it can be altered to everyday requirements. 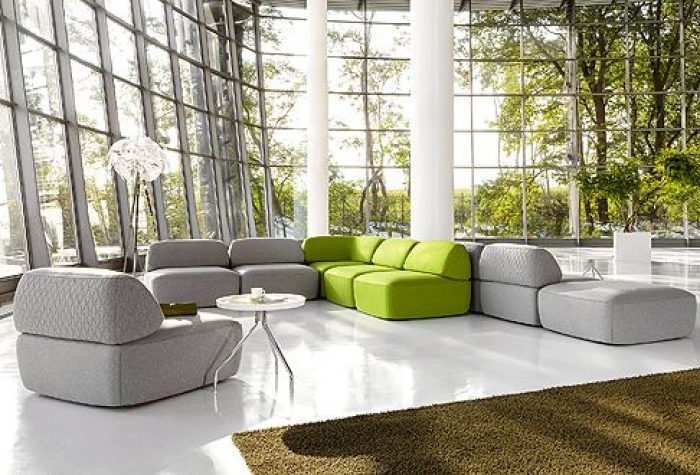 The spatial concept which revolutionized the bathroom design, by bringing to light the idea of having a double washbasin in a standalone installation within the bathroom. 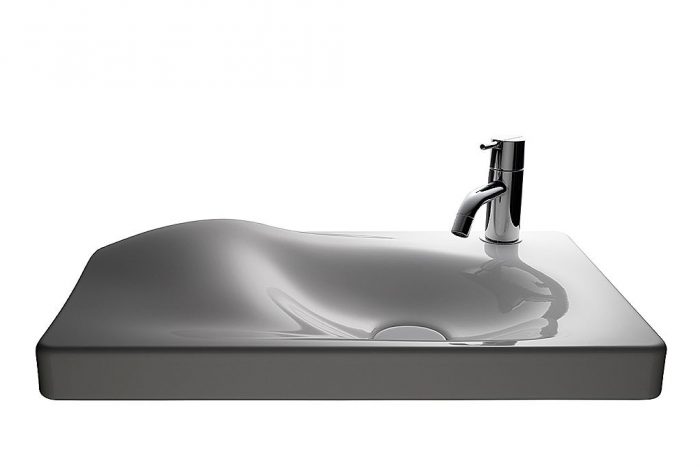 Products can sometimes mimic the buildings designed by the architect, such as the Lo Glo in the Vitra museum that was inspired by the architect’s Lazika Pier project. Both the cases have foreign objects which seem to be devoid of purpose: when the Lo Glo illuminates it brings its function known. 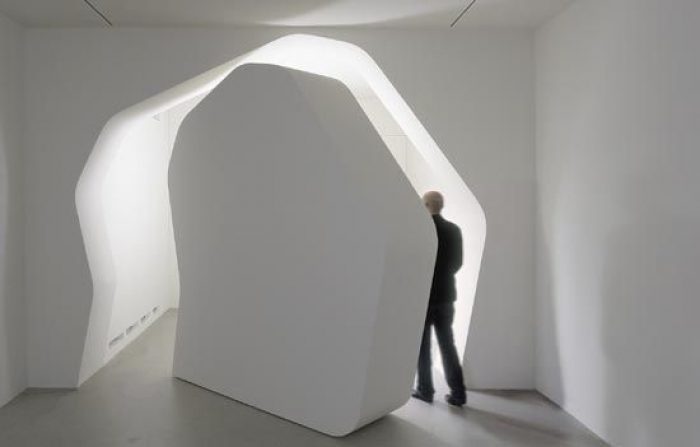 Many times architects have designed products that push the boundaries of materials, one such example is the Soft Mosaic Collection. The use of glass mosaic in seating elements comes to mind as the last materials that should be used whereas the Mosaic is shaped to the human body and can be used in wet environments like pools and bathroom. 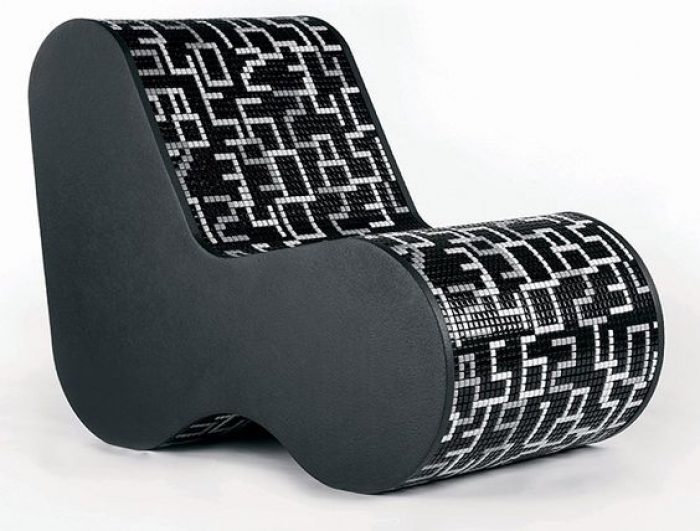 The sofa has sinuous curves that invoke the imagery of the Western Mountains forming the seat-backs and separate niches for diverse seating experiences. The concept is taking from the Chinese tales of the water dragon, the form of the piece represents the interpretation of the invisible movements of the dragon and the blazing red color is to make it eye-catching. 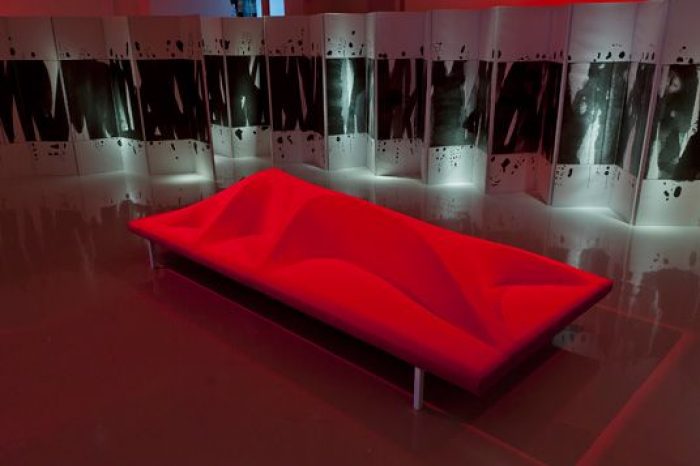