Arch2O has received this project from our readers in order to participate in the Students week 9 event. In students week 10, STUDENTS will have the chance to create their own profile pages in arch2o.com For more details please CLICK HERE

The project aims to tackle problems on an urban scale targeting urban blights in underdeveloped areas of the city of Amman in Jordan. These underdeveloped areas are mainly located on the eastern part of Amman and suffer from different problems, three sample areas were taken as an example according to different types of problems : South Marka(extreme pollution, risk of being deserted), Al Natheef     (overcrowded and unorganized), Al Balad (Culture and identity crisis) 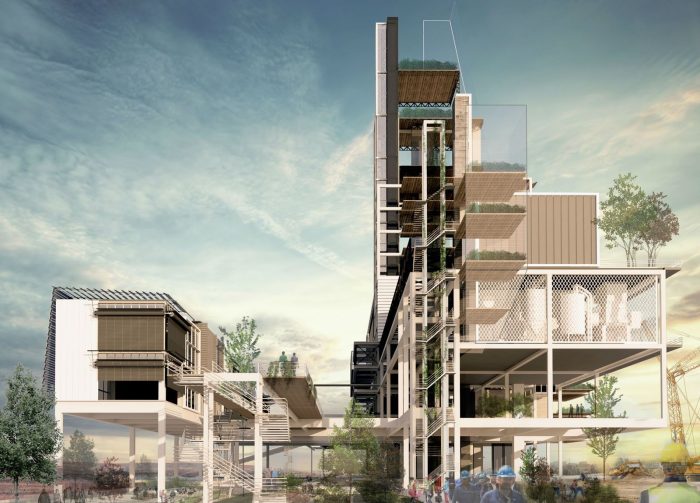 Our approach to solve these problems is by inserting a familiar program from the area itself that capitalizes the local resources in the best way possible healing it from within. This method is referred to as Urban Acupuncture a theory where the city is regarded as the human body. The physical structures that exist in a city such as buildings, public spaces and streets regarded as Zang-Fu (organs) in Chinese Traditional Medicine system, while the pattern of activity and movement of people in the city regarded as Qi, energy that flow in the body. The main purpose of urban acupuncture is to maintain energy flows in the body (city) so it can work properly.
To come up with the optimum program for all these areas we studied all their problems from an economic, social and environmental point of view and created a matrix where the intersecting problems are addressed by a common program forming the main core of our project a Prototype Urban Plug-in that remains the same in all these areas and supporting functions are added to it according to each area’s specifications, these functions differ from an area to another and are configured differently around the core hence the modular approach.
The area of Marka suffers from pollution caused mainly by the factories and construction waste of the workshops that are sprawling the residential area. Without any intervention, living conditions in the area will only continue to get worse. The industrial sprawl will continue spreading and the residential sprawl will crawl towards the industrial spaces causing a clash between these two polarized forces.

On the long term, an abandonment of the residential areas will occur because of the area’s toxic nature and after the life cycle of the industrial projects end the area will become totally deserted.
Through the acupuncture intervention, we apply a systematic growth for both forces. Managing them will heal the area and stop any future consequences. The area’s inevitable clash will be replaced with a symbiotic zone so that the two forces can coexist together while competing. In order for it to have future possibilities, the dwelling must be self-sufficient and environmentally independent guaranteeing future growth of the area with an expandable structure.
The postindustrial approach will guarantee a balance between the production and leisure aspects. A post capitalist approach will not focus on one part without the other, creating a neutral zone between. The goal is to harness the local environmental resources and use it to transform and recycle the construction waste in the area into something of economic value that can benefit the public and cause social empowerment while being environmentally friendly and self sufficient
The core program in Marka serves as an energy provider and environment controller supporting the recycling workshops and public facilities that are linearly configured around it in a pinwheel design linked by the logic of Russian constructivism in the horizontal/vertical transition and stable linkage.

The core mainly controls the environment and includes: A biomass generator that collects waste from the surrounding functions and transforms it to heat and electricity. Air and water purification units and solar energy harvesting units. Vertical gardens that act both as purifiers and spaces for public leisure. While the supporting functions include, workshops and recycling units ,industrial warehouses and storages and workers lodging, training and media center, public library and learning center, public leisure facilities including green gathering areas, retail shopping units, food court and gaming center in addition to playgrounds for children. 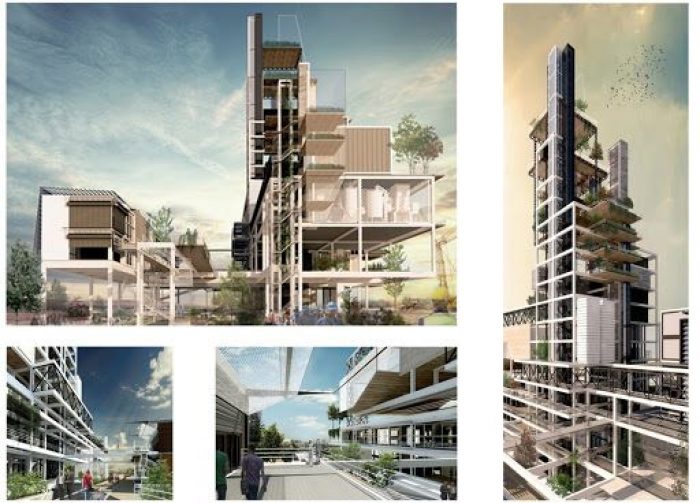